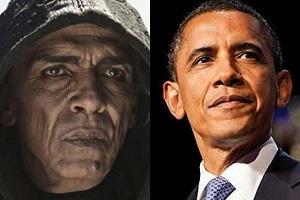 The recent debate over Iraq and Isis has re-engaged Americans to discuss how and why the US entered the Iraq war under President Bush, in the first place and whether the Obama administration has aggravated the problems, now resulting in a worse risk to this country and our interests, than ever before.

These issues arose in a rather emotional discussion Tuesday morning as WGSO’s Jeff Crouere and Bayoubuzz’s Stephen Sabludowsky debated the recent Iraq developments in their weekly radio-Google Hangout webcast.

Prior to Sabludowsky bringing up the Bush involvement, two telephone callers on the Tea Party-dominating WGSO radio program had opined that public officials should not be discussing issues with the current president since he, according to the callers, had no credibility and was illegitimate.  One caller said that it was a mistake for Governor Rick Perry to meet with Obama over the immigration crises since the President is traveling to Texas this week for two fundraisers.  That caller urged that by Perry meeting with Obama, it would be legitimizing the President. {snippet 67}

Sabludowsky asked Crouere whether the callers should treat Bush the same way they are treating Obama if, in fact, the Bush administration intentionally misled the public into believing there were weapons of mass destruction, which was the official reason this country invaded the Saddam Hussein country.

Crouere said, in part, that it was time for Obama to take responsibility for his actions and was unfair to rehash history.

Watch the discussion and tell us below how you feel about these issues.