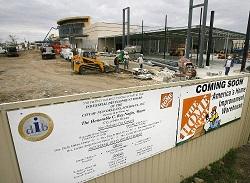 Many legal pundits believed Nagin would receive more than ten years, given the severity of the crimes, the number of offenses, the seriousness of the offenses in light of the difficulties of the Hurricane Katrina rebuild and for other reasons.

However, Judge Berrigan, citing his abrogations and violations  of his duties to the public, nonetheless, opted to render a lighter sentence.

For the  City of New Orleans, despite the more leniant sentencing, it was a moment of relief in the long legal drama spanning almost a decade.

Many in the city were glued to television and radio broadcasts while marking the history of the moment,by making their voices heard and read online via social media.

In the video below, Stephen Sabludowsky, publisher of Bayoubuzz.com, announces the sentence online seconds after it was tweeted from the Court House. announcedwitter. Also, attorney Lawrence Chehardy gives his views as to the fairness of the ten year sentencing Judge Berrigan issued Ray Nagin.

More in this category: « Louisiana ranked 3rd worse in post-Obamacare health insurance Now for a commercial break: Koch's versus Landrieu »
back to top