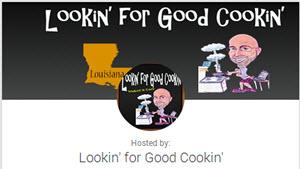 Louisiana is well and widely known for its unique blend of music, food and culture.   In particular, the Cajun lifestyle in south Louisiana has been long-documented and has developed a personality and legacy of its own.

One young Louisiana-native, self acclaimed "coon ass" entrepreneur has decided to share his passion for the sights, sounds and tastes of this part of the universe.  In doing so, he blends his own persona with video and social media technologies  mastered by Google Hangouts, Communities and Google Plus.  His vision is to celebrate one of the most colorful and historical sectors of the world.

Wayne Nix, a former infantryman, currently a nurse who also owns a MBA degree from University of New Orleans, has been becoming his own Google + social media brand.   He has created a funny-folksy home-cooking Google Hangout TV show spotlighting Cajun dishes simmered through the sauces of a classic Louisiana lifestyle.

Nix lives in Youngsville Louisiana, a little town neighboring Lafayette.  Frankly, prior to my first meeting Nix online, I never heard of the place.  He raises chickens, cruises the canals and bayous, fishes and does other things that make the Sportsman Paradise, Louisiana, a current reality TV showcase.

His wife, Dawn, also a nurse,and Lance Fields (who promotes New Orleans tourism through social media and who manages pages for private clients) and Nix have created a now-regular online show  “Lookin for Good Cookin”, which is about tasty Louisiana dishes blackened with a spicy bayou-talk.

Wayne Nix’s Google + page is populated with pictures of chickens, cats, some trips to the Big Easy (A.K.A. New Orleans), and other Looziana sounds and visuals that only new media can aptly express.

Nix has a wry sense of humor lightly blended into a new-age gumbo of Justin Wilson cooking with Bill Gates.

In June, when he discovered that his fast-following fans were suddenly being diverted to my own hastily-called Google hangout webcast with Erin Brady Miss USA 2013, Nix took immediate pre-emptive action.  Turning on the dime, he created and filmed his own Miss USA interview hangout. 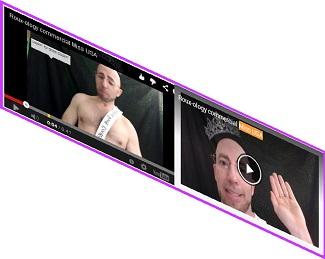 So, as a good Googler-denizen, I’ve opted to return the favor with this interview.  On Thursday, I sent him questions for his short responses.

So, as we sometimes say down here in Louisiana Land, I’m going to “pass a mop” and hope you “speed up the TV” on the his google hangout videos.  You’ll get some good learning, good cookin, fuh shore, for true

You have been developing a presence on Google hangouts and Google Plus recently by doing a Louisiana-based cooking show.  What is your overall goal here?

The goal of the show is to highlight our Love for Louisiana.  It’s more than cooking.  We want to show the world the culture and why we believe we are blessed to live in this wondrous state. We like to say think of the great storyteller Justin Wilson meets Anthony Bourdain.


How did you get involved with cooking?

I grew up in Patterson, Louisiana which is heavily diversified.  Most of the neighbors where Cajun or creole, but we also had Laotians, Samoans, Vietnamese, African Americans and more!
My mother was diagnosed with brain cancer when I was young.  This left me and my dad with no one to cook as my sister was off at college.  People within the community would bring us meals (mostly left over gumbos, etouffees and casseroles).  So I started asking and learning how to cook from these surrounding communities/neighbors as well as from the numerous trips to hunting and fishing camps around south Louisiana

You are a nurse, you have an MBA and you are veteran Army Infantry.  Are any of these experiences helping you with this new endeavor?
I enlisted in the Army Infantry when I was 17 years of age.  This is when I learned the infantryman’s creed “Follow me I am the infantry”!  The values learned at a young age helped me to succeed in my educational pursuits, life and careers.
My healthcare experience affords me the knowledge of knowing how and when to talk with persons of various backgrounds, as well as how to pick up on visual and verbal cues.
My MBA taught me the importance of communication and understanding the languages of different departments and how to justify a “want” vs a “need”.
All of the experiences continuously remind me of the importance of a team and this is no different here in the social media world.

“Jambalya We ain't Lying, we are Jambayla'n!”