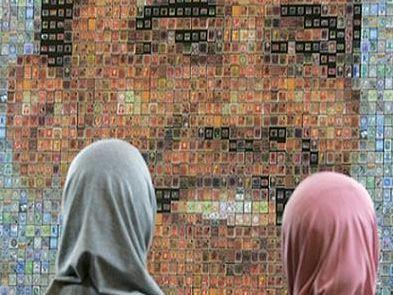 According to a six month Gallup survey, President Obama is very popular with only one group of Americans, Muslims, registering an astounding 72% approval rating. It is a much different story among all Americans as the President scores a weak 43% approval rating.

This new data is from a survey of Americans with religious affiliations that compiled information from 88,000 interviews over the January 1-June 30, 2014 time period. Among all Americans, even Muslims, the President’s approval rating has dropped between five and seven percentage points in the past six months compared to his five year average.

Whereas Muslims love President Obama, Mormons are very disapproving of his leadership and give him only an 18% approval rating. Overall, Christians are not very supportive of the President’s agenda with Catholics giving Obama a 44% approval rating and Protestants only registering 37% support.

It is a different story with Jewish voters with 55% approving of President Obama. While this is strong Jewish support, it does reflect a decline of 7 percentage points from his five year average.

In contrast, Muslims, strongly support the President, even though he has denied following Islam. Muslim Americans have seen the President demonstrate unwavering support for the Palestinian cause, advocate the Arab Spring uprising in Egypt and other countries and show support for the Muslim Brotherhood in Egypt.

He supported the ouster of the secular leaders of Egypt and Libya. Whereas the Muslim Brotherhood took power for one year in Egypt, chaos resulted in Libya.

Muslim Americans have obviously been heartened by the President’s statements regarding their faith. During his speech to the Turkish Parliament on April 6, 2009, the President said that, “The United States has been enriched by Muslim Americans.” On June 4, 2009, the President addressed students at Cairo University. He said, “I’m a Christian, but my father came from a Kenyan family that includes generations of Muslims. As a boy, I spent several years in Indonesia and heard the call of the azaan at the break of dawn and at the fall of dusk.” He also remarked that he has “known Islam on three continents before coming to the region where it was first revealed.”

In a 2007 interview with the New York Times, Nicholas Kristof wrote that “Mr. Obama recalled the opening lines of the Arabic call to prayer, reciting them with a first-rate accent. In a remark that seemed delightfully uncalculated (it’ll give Alabama voters heart attacks); Mr. Obama described the call to prayer as “one of the prettiest sounds on Earth at sunset."

Finally, Americans Muslims have surely not forgotten Obama’s famous speech to the Sojourners on June 28, 2007. He said that “Whatever we once were, we are no longer a Christian nation – at least, not just. We are also a Jewish nation, a Muslim nation, a Buddhist nation, and a Hindu nation, and a nation of nonbelievers.”

All together, Barack Obama’s actions, speeches and interviews paint the picture of a much different President than this country has ever known. While Muslims are very supportive of his policies, a strong majority of Christians are unhappy. Since America is still 75% Christian, the President’s overall approval rating will not improve until he starts to score better with Christian voters. This rocky relationship does not show any signs of improving any time soon.

More in this category: « Carville wrong: Maness no McDaniels; Landrieu, Cassidy no Cochran race Louisiana State Police Commander bill gets the slip »
back to top