Hollis out but can Maness really benefit in Louisiana US Senate Race? 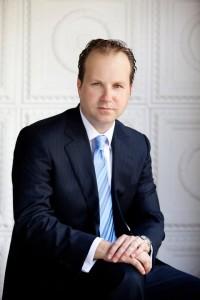 LaPolitics.com has reported this morning that Paul Hollis will no longer run for the U.S. Senate spot  currently held by Democrat Mary Landrieu.  “After prayer and thoughtful consideration, I have decided to withdraw from the U.S. Senate race in Louisiana. I am thankful for the outpouring of support from voters throughout the state and truly appreciate the tireless efforts of our campaign’s staff and volunteers.

“While my run for the U.S. Senate has come to an end, my desire to advance the conservative agenda is stronger than ever.  In the weeks and months ahead, I will continue to fight for candidates and causes that will move Louisiana and America forward.  Together, we can end Mary Landrieu’s liberal reign in Washington and ensure a brighter future for generations to come.”

His letter does not specify who that candidate might be.  Tea Party candidate Col. Rob Maness is competing against mainstream contender Republican Bill Cassidy.

Will Hollis’s departure make any difference in the U.S. Senate race, as now drawn?

In a recent Rasmussen poll, “Five percent (5%) like some other candidate in the race, while six percent (6%) are undecided.”

Presumably, should Maness pick up Hollis’s percent and the rest of the undecided numbers, he would be only at 11% compared to 46% and 43% respectively for Democrat Mary Landrieu and Cassidy.

Some Maness supporters point to a recent Sarah Palin commercial, who is popular among the Tea Party members, backing the Colonel as being a sign of a positive movement upward.

More in this category: « Louisiana Religious Liberty case should proceed to US Supreme Court Are Medicaid expansion, Obamacare vital issues in Louisiana US Senate race? »
back to top