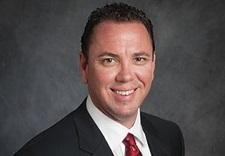 Looks as if an idiot magnet popped up in Pineville, attracting a motley iron-headed bunch that wants to loot Louisiana taxpayers and to discourage improved health care delivery even as they have no hope of attaining their ultimate goal.

Last week, a gripe session over the closure of the state’s Huey P. Long Medical Center was sponsored by Pineville Concerned Citizens, which has a history not only of pushing leftist causes but also of flouting Internal Revenue Service regulations. Heartened by a state district court ruling that the closing violated open meetings law, even as the court allowed the closing to proceed at the end of June, many participants clamored for reopening the facility regardless of consequences to taxpayers and clients.

While it’s been only a couple of weeks since the hospitals functions have been farmed out to other local providers and with plans to have some medical care delivered by other providers on the site in a smaller footprint, the sane people involved discussed ways how to preserve the three-quarter-century-old facility and to find incentives to put it into use again. By contrast, the wackos present pledged in different ways to restore some semblance of income and power redistribution now made less possible by the state getting out of, except in one instance, the business of providing health care directly.

A representative of one of the entities that brought the suit, the American Federation of State  County & Municipal Employees union, foolishly criticized the entire project that has seen off nine of the state’s former charity hospitals from state administration, decrying how the closing was an example of the “atrocities” of the Gov. Bobby Jindal Administration – even though in general the switchover is estimate on average annually to save many tens of millions of dollars and has expanded services to the indigent. With that line of argument invalidated, this reveals the only real interest of AFSCME here as trying to preserve as many state jobs as possible to increase its influence, regardless of how many taxpayer dollars are wasted and services are reduced.

Then there’s the head of the organizing group, who moaned that former patients are somehow reluctant to go to the private providers, being that they are poor and uneducated so “they don’t feel welcome. They’re afraid. They don’t know what to expect.” Not only does this sentiment insult those who are Medicaid clients (the large majority of which are children in any event), but it also argues they’ve never made a trips to dentists’ offices, as Medicaid seldom pays for dental services and almost all of those providers are private. And how can a huge government installation that forced you wait interminably for care make anybody feel welcome or unafraid?

But perhaps the most boneheaded remarks of them all, because he ought to know better, came from the man whose name is becoming inseparable from lamebrain stunts, Rep. Vance McAllister. As the area is tucked in the southwest corner of the Republican’s district and he’s running for reelection in wake of a sex scandal that he previously said would preclude him from trying to win a full term, McAllister figured he ought to show up and talk about an issue over which has nothing to do with his job in Washington.

He took the closure as an issue as an opportunity to stump for expansion of Medicaid in Louisiana – again, a state-level issue over which he has no authority – laying down the same rap about how the state ought to go for it, and as predictably not mentioning that it would cost state taxpayers at least half a billion extra dollars over the next decade while likely causing worse outcomes than if the state does not expand while continuing its system of reimbursement for uncompensated care to providers. Now that a Democrat has entered the contest, he must think he can ignore the facts and sprint to the left in order to win enough votes to make the runoff.

Problem is, voters also tend to appreciate Members of Congress who aren’t entirely ignorant about the very programs at which they throw trillions of dollars, with that remark putting him into difficulty on this account when he said it was “irrational” not to look “to take that money [that instead] allows that money to go to other states, and it’s money that we paid ….” After several months presumably on the job, McAllister should have learned by now that Medicaid money comes only to the state if it spends some of its own money as a matching grant. There’s not a pool of it out there that if Louisiana doesn’t claim then some other state gets. And it’s stupidity to think, just because other states expanded Medicaid thereby forcing Louisianans and all other states’ taxpayers to pay more federal taxes and/or to run up more federal debt and/or to reduce federal services to pay for it, that the way to get back at them is to make Louisianans pay still more for less by expanding Medicaid in retaliation.

It’s bad enough that McAllister is a dunce, but worse that he falls back on this lie to try to pander for votes. And it had nothing to do with the closure, which even if the Louisiana Supreme Court does find that the Senate committee meeting where the resolution to do that passed did not give 48 hours’ notice, that horse has left the barn. The state could hire a security guard to prowl the property for a few months and delay disposing parts of it until the Legislature meets and reaffirms the closing, but it never will reopen as a publicly-run provider of medical services again – no matter what those elements do that want to keep it open first and foremost to empower their special interests and political agendas at the expense of improving health care delivery and efficiency in the state.

More in this category: « Racist Eric Holder should be removed from office Why is State Farm raising Louisiana property insurance rates? »
back to top