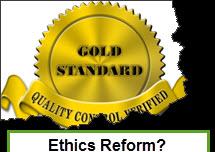 State Rep. John Bel Edwards (D-Amite) Saturday told LouisianaVoice he will ask House Speaker Chuck Kleckley (R-Lake Charles) on Monday for a full investigation of the 11th hour amendment to an obscure Senate bill that resulted in an additional $30,000 per year income for State Police Superintendent Mike Edmonson upon his retirement.

The amendment, which was quickly signed into law by Gov. Bobby Jindal, allows Edmonson to revoke his decision made years ago to enter into the state’s Deferred Retirement Option Plan (DROP) when he was a captain. That decision, which is considered irrevocable, locked in his retirement at a rate based on his captain’s pay while netting him a higher salary but now he will be allowed to compute his retirement based upon his rank as colonel.

At the same time, blogger C.B. Forgotston revealed that the probable source of the amendment may not have been one of the six members of the Legislative Conference Committee, but a Senate staff attorney.

“I am embarrassed by this entire thing,” Edwards said in an interview withLouisianaVoice. “I voted for the bill without reading it with the amendment attached.

So did 89 other House members and 37 senators.

“I know this is not an excuse, and I would never rationalize my vote this way but the truth is in the final hours most members, including myself, probably were not even at their desks. We were all running around trying to take care of conference committee action on our own bills.”

Edwards, who is an announced candidate for governor in 2015, said he will ask Kleckley to initiate an investigation to determine the origin of the amendment. “Somebody asked for this amendment,” he said. “It didn’t just happen.”

His observation echoed State Treasurer John Kennedy who on Wednesday said at a board meeting of the Louisiana State Police Retirement System, “This amendment didn’t just fall from heaven.”

Edwards said the real irony of the overwhelming vote in favor of the amendment is that similar requests have all been rejected in the past. “I know that in my seven years in the legislature, I’ve had at least 20 constituents ask me to help them revoke their DROP decisions and I had to tell every single one of them that there was nothing we could do for them. And now I end up voting for just such a provision because it was hidden away in an obscure bill that we were told had nothing to do with retirement. I’m embarrassed.”

The bill, Senate Bill 294 by Sen. Jean Paul Morrell (D-New Orleans), dealt specifically with disciplinary procedures for law enforcement officers who are under investigation and had nothing to do with retirement in its original form. And conference committee member Rep. Jeff Arnold (D-New Orleans) did little to shed any light on the true intent of the amendment.

Though legislators may have been pressed for time in the closing hours of the session, Jindal most certainly was not. He and his staff had ample time to examine all bills passed by the legislature and to consider their fiscal impact.

Bottom line is the governor simply does not get a pass on this. He is the same governor who attempted unsuccessfully to gut the retirements of tens of thousands of state rank and file civil service employees two years ago and now he signs a bill sneaked in on the last day of the session to give a raise that exceeds the total annual retirement income for thousands of individual state employees.

Moreover, it was a bill his staff should have informed him, as Pearson, Forgotston and a state attorney told us, is unconstitutional on several levels.

The reality is that Jindal checked out as governor long ago in favor of chasing the presidential brass ring that will never be his—and that makes his signing this bill even more unforgiveable.

It also raises the question of what his role in this debacle may have been.

Reports surfaced on Saturday that Senate Revenue and Fiscal Affairs Committee legal counsel Laura Gail Sullivan was the person who tacked on the amendment without bothering to inform either of the six members of the Legislative Conference Committee—if they are to be believed.

The Conference Committee report that includes the amendment, dated June 2, the final day of the 2014 legislative session, contains the name “Sullivan” in the upper left corner of the report’s first page.http://www.legis.la.gov/legis/ViewDocument.aspx?d=911551&n

Riser, besides serving on the Conference Committee to consider the bill, also is chairman of the Senate Revenue and Fiscal Affairs Committee for whom Sullivan works as legal counsel. As such, she takes her marching orders from him. That being the case, what are the odds that Riser was carrying the water for Jindal? If so, did Edmonson request the favor from the governor? As both Edwards and Kennedy pointed out, the amendment didn’t drop from the sky.

A lot of questions that someone should answer—and soon.

Perhaps we will get some clarification from Edmonson (wink, wink) when he appears on Louisiana Public Radio’s Jim Engster show Monday at 9 a.m.http://wrkf.org/

Pearson was the only one who responded

“I’m planning to look into this next week, as I have already done somewhat,” he said. “As you know the Senate staff is a different body than the House staff, different bosses that I am not as familiar with. But yes, I plan to find what actually happened.”

To the second question on whether or not he thought the Senate counsel was acting on instructions from higher up, he said he was unable to answer. “I really do not know,” he said. “I guess it is possible. I’ve never seen them go directly to my (retirement) staff without my being aware.”

As to whether or not he was aware of the contents of the amendment, Pearson said, “I had no clue the amendment was being added. I’m also fairly confident my (House) retirement attorney was unaware, especially since it was not a retirement bill. I did not vote (on) the Conference Committee report (he was one of 14 who did not vote) and I didn’t even know this happened until your article came out. I wasn’t avoiding the vote since I was unaware of these actions. I can’t even say where I was, possibly working on another Conference Committee report. I just don’t recall.

“I do appreciate you bringing this to our attention,” he said. “Hopefully the board can—or someone will—challenge the constitutionality of the rogue amendment.”