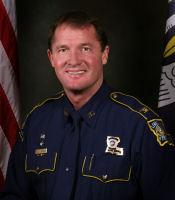 Col. Mike Edmonson, Superintendent of the Louisiana State Police, defended his and other actions taken on his behalf, on Jim Engster ‘s WRKF radio program this morning.

Edmonson has been embroiled in a controversy involving his retirement benefits from the state government agency.

During the last moments of the spring legislative session, an amendment was approved in the legislature that approved Edmonson’s retirement package from his first retirement under a defunct DROP program to the new system.

Edmonson said action was taken on his behalf to come under the more recent retirement program.  Edmonson had retired under DROP, as a Captain, which paid more than forty thousand dollars less than the current program, based upon his higher income as Superintendent.

The soft-spoken Colonel said roughly two weeks prior to the end of the session, he had become aware of the legislation that benefited both another trooper with 32 years of experience and him.  Edmonson has 34 years in experience as a trooper.

The controversy over Edmonson’s retirement benefits arose because an amendment was attached to a unrelated police instrument of legislation during a legislative Joint Committee in the last hours of the session, yet, to date, no legislator has admitted to reading the subject legislation prior to passing.

Edmonson’s legislation was then approved by Louisiana Governor Bobby Jindal.

During the interview, the Colonel said the law will not give him an additional dollar for retirement other than what he is entitled, does not negatively affect any other person in retirement, but, should it be determined that the action is not legal or ethical or unconstitutional, he will not take the recently-approved retirement package.

The colonel, who has been a trooper for 34 years said all that was being done was to put both the other officer with 32 years of trooper experience and him, the only two officers remaining from the older DROP system, into the newer system.

Edmonson also said he understands how the legislative system works and the appearance of this type of action taken with the conference committee.

He also criticized blogger CB Forgotston for writing about the story without contacting him and getting the facts correct and said that Forgotston had contacted him in the past on other issues like license plates used by non-residents.

Edmonson said the new law brings his retirement benefits in line with those who are now in the new system.  The head of the State Police had retired as a Captain at a salary over 70 thousand dollars per year.  His new salary allows him to retire at a salary of over $130,000 per year.

A caller, named Debra, said she is a retired teacher and said she would like to get the same treatment as Edmonson—increase of retirement benefits due to retiring and tehn coming out of retirement for a higher salary.

Edmonson responded that he agreed with her that she is entitled to the increased amount of benefits and should pursue it.  The teachers and the State Police, however, are under two separate retirement systems.

When asked, the chief state cop did not rule out running for Lt. Governor in 2015 and that he would like to promote Louisiana tourism.