The following is a guest column offered by Baton Rouge teacher Fred Aldrich who, along with thousands of others, listened Monday as Superintendent of State Police Mike Edmonson appeared on the Jim Engster Show to defend the amendment tacked onto an unrelated bill on the final day of the legislative session which will give Edmonson an additional $55,000 (not $30,000 as first reported—we’ll explain at the end of Aldrich’s guest column) upon his retirement—a nice bonus unique to Edmonson and one other state trooper.

I am a long-time listener to NPR station WRKF, and I listen to the Jim Engster show whenever possible. I don’t always agree with Jim or his guests, but I usually don’t find my disagreements worthy of a response. Today was an exception.

The comments of Jim’s guests are not the opinions of Jim or WRKF, but unfortunately those comments may be spin and/or misinformation which listeners will take as truth.

State Police Superintendent Mike Edmonson was on the show this morning. I have great respect for the state police, and I have considered Edmonson one of the good guys in the Jindal administration. This morning’s interview, however, was problematical for me in several ways.

Engster congratulated Edmonson for having the fortitude to come on the program at a time when the superintendent is facing a lot of heat statewide. His performance suggested that he has paid attention during the years he has also served as a prop for the governor. He sounded earnest, sounded passionate, and sounded determined to serve his troopers and the people of the state. So far, so good, but that’s not why he’s on the hot seat. No one questions his dedication.

As a teacher with 38 years of experience in Louisiana and one who participated in the Deferred Retirement Option Plan (DROP) about the same time as he did, my understanding and experience with the program are much different from what Edmonson expressed on the program. He wanted to dispel “inaccuracies” with “facts,” but in my estimation he mostly promulgated misinformation, to wit:

http://s1.wp.com/wp-content/themes/pub/mistylook/img/bullet.png); color: rgb(51, 51, 51); font-family: verdana, tahoma, arial, sans-serif; font-size: 12px; line-height: 19.45599937438965px;">
The retirement systems which offer DROP are not “different” retirement systems than they were at the time he or anyone else went into DROP. DROP was simply a program within these retirement systems which was offered to employees for a few years, theoretically to provide valued employees an opportunity to continue working while putting three years of retirement checks in an interest-earning escrow account that could not be accessed until the employee finally retires, as which time federal laws regarding taxes and withdrawals apply. Though officially retired, the employee continued to draw his regular pay while payments were made into his DROP account. These three years do not count as service credit toward figuring eventual retirement benefits.
Despite Col. Edmonson’s casual use of the word, no one was “forced” into DROP. It was a choice for anyone with 30 years of service, or 25 years of service for those 55 years old or older. Those who chose to not enter DROP simply continued to work, with the three years counted as regular service credit, and allowed the employee to draw the retirement benefits he/she accrued upon final retirement. Had Col. Edmonson, and myself, and others, chosen to not participate, his, and our, retirement benefit would have been what it took him a specious legislative effort to attain.
The form that each DROP participant had to sign made the options and possible outcomes very clear. It states, in no uncertain terms, that the employee understands that his basic retirement benefit is frozen at that time, that the decision is irrevocable, that service credit past the exit from DROP is calculated in a different manner, and that DROP may not be the best option, depending on future circumstances. It urges employees to consider their decision carefully and seek financial counsel before they choose to enter the program.
The articles I’ve read and the radio program in particular fail to mention the three years of retirement pay in Col. Edmonson’s DROP account plus the accrued interest and whether he plans to return that money to the system if he gets his new benefit. In my case, and I was in DROP at the same time as Edmonson, my account balance has nearly doubled in ten years. (And my eventual retirement benefit will be approximately 65% of what it would have been had I not chosen to go into DROP.)
Col. Edmonson misstated the application of the $30,000 yearly bump that has been mentioned. No one I know of has claimed that this is a bonus on top of his new yearly retirement benefit. It is the difference between the benefit that he is entitled to as the result of his voluntary participation in DROP and his new benefit, courtesy of a friendly conference committee.
Blaming the confusion at the end of the legislative session for the “misunderstanding” is ridiculous. It’s beyond obvious that he and his allies (which could range from the governor down to legislative staffers) gamed the system and took advantage of this dysfunctional process for his benefit, then blamed the process for a misunderstanding.
As for the integrity in which Col. Edmonson bathed himself and the commiseration he offered a caller who found herself in a similar retirement situation, he could have demonstrated his concern by including all DROP participants in his legislation. I, and several of my colleagues, (and apparently many others) have tried to lobby for the same remedy that Col. Edmonson and his allies sneaked through (Let’s call it what it is.) We have met the runaround
from every source we’ve approached, and we’ve accepted that most of us will have been long dead before anything actually could be done.
Unfortunately, we’re not in the governor’s loop and teachers with 35-50 years of experience who make less than half the salary of Col. Edmonson don’t have the same voice. His assertion that everyone should get the same consideration that he does begs the fact that all troopers, state workers, and teachers don’t have the same political connections and the same willingness to go through this foul-smelling process to enrich themselves.

This is my understanding based on my experiences with DROP and my following of Edmonson’s gift from the conference committee. If anything is factually incorrect, I will readily stand corrected. As a reaction to what happened, I remain convinced that the whole action smells. There are many hard-working, conscientious, productive people in state government, law enforcement and education, who don’t get special treatment through a disgusting legislative process.

In addition to Mr. Aldrich’s comments, we have some comments and additional information of our own to add:

During his appearance on the Jim Engster Show, Edmonson who last week said he never asked for the legislation and did not know about it, acknowledged that an unidentified” staff member” brought the matter to his attention and he authorized the effort to go forward. He also told Engster that the issue of the special legislation actually arose several weeks before the end of the session.

That being the case, why was it necessary to wait until the last day of the session, when the pace becomes hectic and confusing, to insert the amendment into a benign bill completely unrelated to retirement (the bill, Senate Bill 294, dealt with disciplinary procedures for law enforcement officers under investigation)? That tactic alone smacks of covert intent designed to keep the measure from the prying eyes of the media and public.

Edmonson, during his interview, acknowledged that when he voluntarily (and the word voluntarily should be emphasized here) entered DROP, he was a captain earning $79,000 per year in salary. By entering DROP, his retirement was frozen and would be calculated on that salary. The trade-off was that he earned a higher salary.

But he probably did not foresee his advancement to Superintendent of State Police at a salary of $134,000.

Until the passage of the secretive-shrouded amendment to SB 294, that is. The amendment will mean an additional $55,000 per year to Edmonson during his retirement years—$134,000 (100 percent of his current salary).

Should Edmonson live for 30 years after retirement, that’s an extra $1.14 million in retirement benefits.

The amendment prompted one retired state trooper, Jerry Patrick, to express his embarrassment “that one of our troopers was so selfish that he would tarnish the badge that I and so many others worked and sacrificed to honor.”

Patrick said that it was “no stretch to believe that the governor’s office was directly involved in requesting this for a member of the governor’s cabinet.”

To that end, LouisianaVoice has made three separate public records requests. The first was to the Louisiana State Police communications director (which was handed off to the agency’s legal team) requesting the opportunity to review “all emails, text messages and/or other communications” between Edmonson, his staff, State Sen. Neil Riser, his staff, and the governor’s office pertaining to any discussion of DROP and/or retirement benefits for Edmonson and any discussion of retirement legislation that might affect Edmonson. 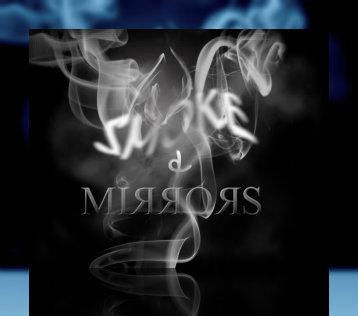 Through the grapevine, we have learned that Sullivan has already invoked the sacred attorney-client privilege to prevent releasing any of her emails. But that objection is questionable at best inasmuch as Edmonson is not her client. Neither is the governor. Nor is, for that matter, Riser.

Of course, she will probably include Riser by extension by virtue of his chairmanship of the committee for which she works but Riser, should he have nothing to hide, could always waive the attorney-client privilege.

If he does not, and if Sullivan does resist releasing the contents of her emails, we can only assume the obvious: there is something contained in those messages that the principals would rather we not know.

And to quote my favorite poet and playwright Billy Wayne Shakespeare of Denham-on-Amite from my favorite play, Hamlet Bob: “Ay, there’s the rub.”

But we are confident they would never try to hide anything from the public. This administration, after all, is the gold standard of ethics, openness and transparency. Gov. Jindal himself has said so on countless occasions in his many out-of-state appearances.

Oh, but wait. We also learned on Tuesday that House Speaker Chuck Kleckley (R-Lake Charles) has refused a request by State Rep. John Bel Edwards (D-Amite) for a full investigation of the secretive amendment. Kleckley said that because it was a Senate bill to which the amendment was attached, it becomes a matter for the Senate to investigate. Apparently, Kleckley neglected to note that three members of the conference committee that approved the amendment were House members.

Kleckley’s dancing around the issue, folks, is what is known as the Bureaucratic Shuffle.

More in this category: « Louisiana and New Orleans economy, jobs, smoke and mirrors Cassidy can distinguish from Landrieu by ending welfare to big business »
back to top