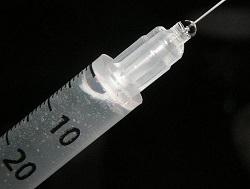 The state of Arizona executed double murderer Joseph Wood this week. The convicted killer was injected with a combination of lethal drugs that eventually caused his death; however, it took too long according to some observers.

After being administered with the drugs, Wood lingered for over an hour before dying. Reporter Troy Hayden said his last words were similar to “a fish on shore gulping for air.”

U.S. Senator John McCain believes that the execution was “terrible” and amounted to “torture.” Hayden said it was “botched.”

While the Arizona Department of Corrections said the execution was handled properly and the inmate was unconscious after only three minutes, Governor Jan Brewer ordered an investigation.

Of course the media critics and the opponents of the death penalty did not waste any time in seizing on the incident.

They said it was another reason why the United States should join other “civilized nations” and ban all executions.

In fact, executions are humane for one major reason. When they are implemented and publicized, they can serve as a deterrent to other criminals and save the lives of innocent people.

The process today is ludicrous for justice is delayed for decades in many cases.

In the case of Wood, he brutally killed his girlfriend and her father in 1989. The family members of these victims have been waiting an obscene amount of time, 25 years, for justice.

In our criminal justice system today, there are too many appeals and way too many delays in how executions are carried out in this country.

After a conviction on death penalty charges and all appeals have been lost, the criminal should be swiftly executed, not housed and fed on the taxpayer’s dime for decades.

The other serious flaw in the current system is the misplaced concern for the convict and the lack of consideration for the victim and the surviving family members.

In recent years, our society has become more concerned about the criminals. Thus, more “humane” forms of execution have been used. Gone are the firing squad, the hanging at the public square and even the electric chair.

Today, almost all states use lethal injection as the preferred form of execution. Yet, as pharmaceutical companies have refused to supply the needed drugs, corrections officials have had to use more creative drug combinations that lead to a longer survival period after injection.

The cry from liberal activists is to stop the “bungled executions,” but this infuriates the family members of victims.

He deserved death and was lucky that he was able to prepare for his death and have over two decades to continue his life as a guest of the state taxpayers. Jeanne Brown’s family members were not as fortunate as Wood. They were killed with no warning and no consideration.

This public outrage is misplaced and inappropriate. If convicted killers die painful deaths due to lethal injection, it should not be a national tragedy.

What is a tragedy is that it takes too long for the criminal justice system in our country to dispense justice.

When justice is delayed, it is denied, and that is the only tragedy worth discussing.