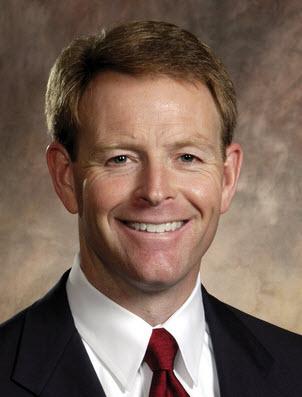 In political elections, endorsements often play a key role. Candidates frequently expend plenty of time and resources soliciting endorsements from major organizations and individuals. The U.S. Senate race in Louisiana is no exception. Democrat incumbent Senator Mary Landrieu has pulled off an almost miraculous series of endorsements. The staunch Democrat incumbent has been endorsed by two of the largest Republican donors in Louisiana, banker Joe Canizaro and ship builder Boysie Bollinger.

These two power brokers threw their support behind Landrieu despite her 97% pro-Obama voting record. When President Obama needs a vote, whether it is the Affordable Care Act or judicial appointments, he can count on Senator Landrieu. To make matters worse, Bollinger even appeared in a television commercial for Landrieu. Some will claim that the only reason that Bollinger is so supportive of Landrieu is the multimillion dollar federal contracts that have been awarded to Bollinger Shipyards.

In the days ahead, there will be even more unusual support for Landrieu. The United States Chamber of Commerce will be endorsing Landrieu, according to a report in the New York Times. If this does occur, it will be truly astounding. In her Senate career, Mary Landrieu has regularly supported higher taxes, deficit spending and a larger federal government and programs such as Obama care.

She does not have a pro-business record, unless support for the Export-Import Bank and TARP is considered good for the economy. This pending endorsement is another indication that the Chamber of Commerce is not friendly to conservatism, but really is all about corporate cronyism.

On the Republican side, Congressman Bill Cassidy (R-Baton Rouge) has received almost all of the key GOP endorsements. Cassidy has been endorsed by the Louisiana Republican Party and local organizations such as the St. Tammany Parish Republican Executive Committee. He has also received support from major Republican leaders such as former presidential candidates Newt Gingrich and Mike Huckabee.

The remaining Republican opponent for Cassidy is Colonel Rob Maness, a 32-year Air Force veteran. Maness has been endorsed by leading Tea Party and conservative organizations. He received a major boost when he was endorsed by former Alaska Governor Sarah Palin, who frequently tangles with the establishment wing of the Republican Party. He has also picked up support from the Senate Conservative Fund and the Tea Party Express. Today, he was endorsed by the Family Research Council and their PAC Chairman Tony Perkins, former Louisiana State Representative. Perkins is a leader in the social conservative movement in Louisiana and is closely associated with pro-life and pro-family organizations in the state.

This endorsement should end the discussion of Maness dropping out of the Senate race. Many Cassidy supporters have been pushing for Maness to end his campaign, so Republicans can “unite” behind the Congressman. This endorsement is the latest sign that the Colonel is not going anywhere as Perkins surely would not have endorsed a candidate who is not fully committed to the race until the end.

The Perkins endorsement should help Maness continue to build his grassroots oriented campaign. He is a political newcomer who has raised over $1.5 million from 23,000 donors. As an example of his commitment to run a grassroots oriented campaign, Maness will not pay his qualifying fee to officially enter the Senate race. Instead, he will present signatures he recruited from voters in every congressional district.

Maness is hoping to continue to grow his campaign in the style of Mississippi conservative Senate candidate Chris McDaniel, who challenged 42-year congressional veteran Senator Thad Cochran (R-MS) in the Magnolia state's divisive GOP primary. McDaniel enjoyed tremendous success in challenging such an entrenched incumbent. While Cochran supposedly won by a few thousand votes, McDaniel has not conceded and is considering a legal battle claiming that the incumbent's razor thin margin was due to illegal votes.

Maness is facing the entire Republican Party establishment lined up against him in Louisiana, but he has been very effective in becoming the conservative, Tea party alternative.

Among conservative Republicans nationwide, there is ample anger toward the party's establishment wing. Will such anger manifest itself in Louisiana's Senate race? It remains to be seen, but, at this point, the U.S. Senate race will not be narrowing to a two candidate battle anytime soon.