Behind the Riser, Edmonson, McAllister and Jindal closed doors 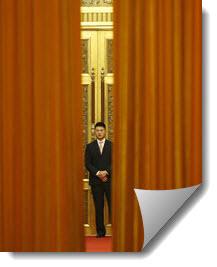 SABLUDOWSKY: In other words what he had agreed to and I don't know the particulars about this and you are right, it is Colonel. But, he agreed to the JUMP which I guess is under certain regulations the certain amount per year and then he got rehired and so he now wants to up and up, I think its like 45,000, it was initially reported about 35 but I think what he actually admit it on the radio show. I think it's more like 45 thousand.

CROUERE: It was done in an underhanded way of course slipped through at the last minute and no one has claimed authorship of this but do we actually now know who actually the culprit here?

SABLUDOWSKY:Yeah we do actually it was Neil Riser that's who Tom Aswell had suspected; Think about it. Neil Riser was the guy who's running for Congress in North Louisiana the same seat that Bobby Jindal was and the rest of the Republican Party was very supportive of his campaign

SABLUDOWSKY: The one that McAllister won. Now, Riser has won I think three years in a row the State Police Award for Legislator of the Year. He's the one that brings it to the committee and basically tells staff attorney to put it together and then CB Forgotston, as I understand it, had asked Riser about it, sent him an email and Riser said the first he knew about was when he saw it in the report and but then, when things got hot, he admitted that had told the staff attorney to do it.

SABLUDOWSKY: I think that could be some wiggle room there, could be--to say it is a lie, I don't know, but I can I can say this the fact it was a long until things really got hot, to me really stinks.

CROUERE:Look at the people in the Fifth District had as a choice, I mean, in the last election, who I consider a scoundrel, Vance McAllister, the Kissing Congressman and now the guy who has been exposed for inserting this legislation at the last minute--I think is lying about it. You can call it whatever you want. Neil Riser, that was the choice of last election in a runoff,two, let us just say, less than outstanding, politicians.

SABLUDOWSKY:Yeah, I don't disagree with that in terms of this particular issue regarding Riser. I don't know enough about him personally to have any other opinion. on other issues. I will say that, I think that, to me, the main question is, why didn't Gov. Jindal will speak out about that? Why is he only speaking out about the contract with PARCC and when he had a meeting with John White, he basically did a Reagan-Stockman, took them to the woodshed and talked about ethics in government and prior administrations..