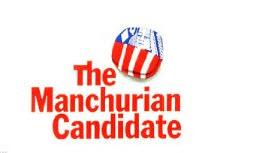 Picking up a second semi-high profile endorsement and with fundraising now over $1 million, is Republican Senate candidate Rob Maness to the point that he can become the Manchurian Candidate?

That appellation refers to the greatest ever American-made political film (and subversive black comedy; but, buyer beware, referring here to the 1962 version fairly closely based on the novel, not the ersatz 2004 version that bordered on the downright silly), where Soviet agents, pretending to be super-patriots with one a U.S. senator, use an unwitting war hero to try to put that senator one step away from the presidency. In Louisiana’s 2014 senate campaign, the object is not the White House but the reelection of Democrat Sen. Mary Landrieu, who is the senator, and Maness becomes the unwittingly used ex-military man.

Almost every poll points to Landrieu, in the words of one leading and marginally pro-Democrat source of election analysis, of being “in deep but not necessarily worsening trouble.” Favored now is Republican Rep. Bill Cassidy, who has led almost all recent polling. But hanging around in the single digits and threatening to break out into double digits is Maness, who began running for the spot not long after he retired from the Air Force and had moved to Louisiana three years ago even without any elective office experience.

That means, differing from the film, that Landrieu openly brings a leftist agenda to office and Maness, rather than being the “candidate,” becomes the “useful idiot” to get that agenda in office. It’s possible that Maness is that candidate himself – if the objective is to oppose Landrieu with a quality, reliably conservative candidate with the maximal chances of defeating her, why would a self-proclaimed conservative go to such effort to oppose that candidate unless he secretly was in cahoots with the left – but, if so, the evidence is sparse.

A review of Maness’ Federal Election Commission campaign disclosure report, aggregating his totals as the second quarter of 2014, contains really no overt data that he is being used as a stalking horse for the left against Cassidy. As of Jun. 30, the campaign had gathered over $1.3 million, but almost all of it from individual contributions. Reviewing these, the political action committee contributions are from reliably conservative organizations, and, among the individual donors, over half of the amounts of their aggregate donations being below $200, no obvious names jump out as associated with the left. Most are from out-of-state, but if it’s a Democrat plan, it’s an extremely well-coordinated and secretive one, which then begs the question why such energy and resources would not be expended instead directly on behalf of Landrieu.

But Maness does not have to cooperate explicitly if he is a tool to defeat Cassidy, just that he be self-deluded enough to allow himself to be exploited. This, of course, requires Maness’ implicit cooperation, first by running, second by succeeding in creating a narrative that somehow Cassidy is not “conservative” enough and/or too much a politician, and third by campaigning in a scorched earth way that would poison Cassidy’s reputation among Maness voters that subsequently they fail to show up for a runoff. (Also related to the second and third counts is something Maness technically can’t control – independent expenditures, which in this race only one group, the Senate Conservatives Fund, has spent on behalf of Maness, so far about $180,000.)

He’s certainly helping out on the first count and has been trying – even as there’s little policy daylight between Cassidy and Maness and Cassidy strikes few as an out-of-touch, Washington-centric politician – to achieve the second. The third has yet to surface, but is necessary for the left to give the strategy a chance to succeed. If Maness can prevent his base from contracting and begins to expand his narrative that a vote for Cassidy is no different than voting for Landrieu and carries this past his expected defeat in the general election (or the SCF does it for him), then he will serve in Louisiana’s 2014 Senate contest as a different kind of Manchurian Candidate.

More in this category: « Louisiana 2nd worse in health ROI; Farm to Table; TFL Landrieu, Cassidy, Maness or "none of the above" in Louisiana Senate race »
back to top