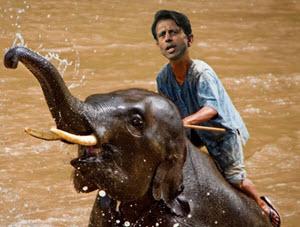 The visit was designed to show Jindal as being concerned about the number one issue facing this country, illegal immigration. In recent months, the number of illegal aliens crossing the border has skyrocketed. It has been especially worrisome since more than 52,000 youngsters from Central America have crossed the border since October of last year.
Among this group, over 1,000 illegal immigrant children have been sent to Louisiana by Obama administration officials. Amazingly, Jindal was not informed of this decision and was given no information on where the children were sent. There are also questions about the background of the individuals as Edmonson believes some “might be fleeing criminal prosecution.”
The massive influx has occurred for a variety of reasons. Of course, there is horrible violence in Central America and the negative impact of powerful drug cartels. In addition, more border crossings have been spurred by President Obama's 2012 decision to unilaterally implement the Dream Act for illegal aliens who arrived with their parents. The President's decision granted these individuals legal status, with no fear of deportation.
Combined all of these factors encourage thousands of illegal immigrants to attempt the dangerous trip to the United States each week. What is shocking is that the border patrol only apprehends about 25% of those who try to cross illegally, according to Jim Gilchrist of the Minuteman Project. Sadly, the true number of illegal immigrants in the United States is unknown. We also have no idea what weapons, drugs or even diseases have been brought into this country.
Jindal used his trip to blast the Obama administration. He called the President's response a “failure” to “secure the border.” During his border visit, Jindal met with Texas state officials, and took a helicopter and boat tour along the Rio Grande River.
The border photo opportunity is one more indication that Governor Jindal will eventually announce his presidential campaign, joining a crowded race for the GOP 2016 nomination.
Bobby Jindal has been obsessed with a White House run since the day he was elected Governor of Louisiana in 2007. His recent activities show that the presidential race is much more on his mind than problems in his home state.
Jindal will also be traveling to Iowa this weekend for a series of meeting with preachers and Republican activists. He will be attending the Conservative Leadership Roundtable with Congressman Steve King. This will be the Governor's third trip to the Hawkeye state in the past year.
Louisiana voters should expect to see even less of Governor Jindal in the days ahead.
So, what is he doing to earn his salary? He is basically using the position of Governor as a platform to run for President. Sadly, our economic, crime, educational, infrastructure, and coastal erosion problems are still here and need attention.
The people of Louisiana desperately need a full time Governor who will focus on our problems and not his personal political agenda.
Unfortunately, Jindal's term will not end for another 17 months. In that time, the people of Iowa and New Hampshire will have a better chance of seeing Bobby Jindal than the people of the state that he supposedly represents.