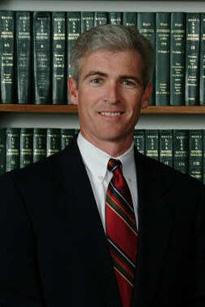 Did the federal government, specifically, the Obama administration, engage in a “scheme “ in support of the implementation of Common Core that violates not only Louisiana government procurement law, but the state’s control over educational curricula.

(Photo: Jimmy Faircloth)
This and other questions are being raised today in a legal proceeding which might have a far greater impact than Governor Bobby Jindal’s recent political decision to stop Common Core implementation in Louisiana via judicial means.

In a press conference today, called after the filing of a Jindal Administration amended petition,  Jindal ’s attorney,  Jimmy Faircloth, counsel highlighted a “scheme” by the Obama administration, in his justification for amending the petition by claiming that PARCC violated federal law.

A reporter from Politico initially inquired about the Obama Administration “scheme”:

The Obama administration’s involvement with the Common Core is part of a “carefully orchestrated scheme to control curriculum in the states,” an attorney for Louisiana Gov. Bobby Jindal said Wednesday.

The Obama administration is “trying to accomplish very indirectly what Congress has told them they can’t do,” attorney Jimmy Faircloth said. In a court filing Wednesday, Jindal’s administration says that a federally funded group designing Common Core tests violates federal law because it ultimately drives what students are learning in class.

Also, the relevant part of the Jindal legal filing alleges:

Simply put, PARCC is the implementation platform for a carefully orchestrated

instruction and instructional materials in direct violation of federal law. And the scheme

is being perpetrated on the pretext of higher standards promised by Common Core.

By committing the State to PARCC’s governance, obligations and products, BESE

is effectively enabling a violation of federal law

Which judicial allegations piqued my curiosity.  It is one thing to claim a “scheme” when in a political arena.   However, in a legal proceeding, the allegation of a “scheme” by federal officials that might be violative of state and even federal law would be a totally different animal.

Not only does that claim raise the political rhetoric and temperature, but in my view, it mandates a sharper legal scrutiny to prove the “intent” of the players involved--if such a bold claim is to have judicial merit.

Thus, I asked Faircloth about the alleged “scheme” and the related proof.

You calling it a scheme and you're saying that the Obama administration is involved in a scheme.

Read the federal register, (inaudible) read the directives, start with race to the top, see what the strings are, read the directive from the US Department of Education of how they prioritize scoring for states who agree to participate in the consortium.  I mean, it is not a factual question, it is a matter of public record.

It is a matter of law. Take a look and connect the dots.

And i would submit to everyone, if the debate had not common core, common core, common core, I think this would have surfaced and it would have been clearer earlier for a lot more people. But, because they had the cover of the debate over common core and higher standards, again, aspirational standards, there just hasn't been quite enough focus on, wait a minute, what else is  going on, with this Race to the Top program, what else is going on with the consortiums that the federal government has essentially created that are being used as an agent for the federal government.  I mean, if you take a look at the directives by the department, for implementation of Race to the Top, and you take a look at the PARCC document, I feel certain, you will come away seeing, that document is basically created by that directive.  It looks very much almost like an agency relationship, like PARCC is agent of the federal, the United States Department of Education for the purpose of putting the thing together.

And the reason is because, they want to control the assessment process, because that is, you can't come out and say the federal government is going to control, they would never get away with saying we're going to control curriculum.

I'm not..I don't think they can get away with saying, I don't think, they could get a bill passed in Congress, that says, we're going to control assessments. They couldn't do it. Because they would run into the very same long Congressional record from fifty years where they've argued over where that line is going to be. So, what they did was, they created a funding mechanism, Race to the Top, and an assessment platform of that program, and then they required that states fall in line and make commitments on that implementation platform, that assessment platform.  And that's how you arrive at the end of the day where you are going to control curriculum.

look, if you look at the lawsuit that have been filed in this case, the original lawsuit and then look at BESE's intervention, you will see that they have conceded that PARCC'S products, PARCC'S testing is now, they're moving to use it.  so, they're very near the fait accompli with regards trying to do this.  that's why it's important that the injunction be issued. And, it's gotten done while everyone's talks about higher standards.

And, that's a great conversation to have.  But the question that has to be asked, at what cost? And, i think what Governor Jindal has pointed out over and over again is that you don't have to kneel at the alter of another federal program in order to have higher standards. We can do that here in Louisiana.

Listen to above Q and A

Since the governor is not just raising political questions but legal questions, here are my thoughts as we debate the merits of state’s 10th Amendment rights, the intent and the implementation of Race to the Top and Common Core and the issues raised by Faircloth today:

1.    Despite Faircloth’s claim that this is not a “factual” question, how can you prove facts of a case without the relevant testimony to support the allegations?

2.    Specifically, how far does this specific “conspiracy” go within the administration, the Department of Education and other organizations and entities?

While not taking a position on the merits of Jindal’s prior or new claim, I am now wondering if these new allegations by Jindal and his legal team require higher legal and possibly congressional scrutiny over whether a “scheme” was contemplated and actuated to control the states' educational curricula by creating and implementing national education testing standards.

Ultimately, the political, now legal debate appears to be taking upon a much weightier, broader and sharper importance than a Louisiana Court deciding whether Louisiana BESE is violating federal law in purchasing PARCC test questions in alleged violation of state purchasing law.