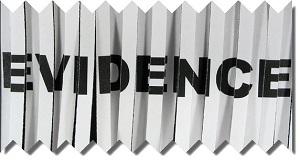 The seventh floor of the Bienville Building on North 4th Street in Baton Rouge became a beehive of activity recently when employees of a temporary personnel service moved in to begin shredding “tons of documents,” according to an employee of the Louisiana Department of Health and Hospitals (DHH).

DHH is headquartered in the Bienville Building and the source told LouisianaVoicethat the shredding, undertaken “under the guise of being efficient and cleaning,” involves documents that date back as far as the 1980s.

“The significance of this is that this is occurring in the midst of a lawsuit (that) DHH is filing against Molina in relation to activities that go back to the ‘80s,” the employee said. “Everyone is questioning the timing. Westaff temporary people have been in the copy room of the seventh floor for approximately two weeks now, all day, every day, shredding documents.”

The employee said so many documents were being shredded “that the floor is full of dust and employees have been ordered to clean on designated cleaning days” and that locked garbage cans filled with shredded documents “are being hauled from the building daily.”

LouisianaVoice submitted an inquiry to DHH that requested an explanation “in light of the current litigation involving DHH, Molina and CNSI”—two companies the agency contracted with to process Medicaid claims.

CNSI (Client Network Services, Inc.), which replaced Molina as the contractor for those services in 2011, had its $200 million contract cancelled by the Jindal administration after allegations of contact between then-DHH Secretary Bruce Greenstein and CNSI, his former employer, during the contract selection process. Investigations by the Louisiana Attorney General’s and the U.S. Attorney’s offices ensued but little has been heard since those investigations were initiated. Meanwhile, CNSI filed suit against the state in Baton Rouge state district court in May of 2013, alleging “bad faith breach of contract.”http://theadvocate.com/home/5906243-125/cnsi-files-lawsuit-against-state

Molina, meanwhile, was reinstated as the contractor to process the state’s Medicaid reimbursements but last month the state filed suit against Molina Healthcare and its subsidiary Molina Information Systems, alleging that the state paid Molina “grossly excessive amounts” for prescription drugs for more than two decades because the firm engaged in negligent and deceptive practices in processing Medicaid reimbursements for prescription drugs.

Prescription drugs account for about 17 percent of the state’s annual Medicaid budget, the lawsuit says.

The state’s lawsuit says that Molina has processed the state’s Medicaid pharmacy reimbursement claims for the past 30 years but from 1989 to 2012, Molina neglected to adhere to the state formula for payments and thereby committed fraud and negligence, violated the state’s consumer protection and Medical Assistance Programs Integrity laws.http://theadvocate.com/news/business/9579038-123/la-sues-medicaid-drug-payment

Olivia Watkins, director of communications for DHH, told LouisianaVoice by email on Wednesday that the Division of Administration maintains a contract with Westaff for temporary workers which can be used by different state departments. “DHH requested temporary workers through the existing contract to assist with various projects, including shredding,” she said.

A search of LaTrac, the state’s online directory of state contracts, failed to find either Westaff or Molina listed as contractors among either its active or expired contracts.

Watkins, while denying any connection to the CNSI contract, failed to mention whether or not the shredded documents involved Molina’s contract or the state’s litigation against the company even though the LouisianaVoice inquiry specifically mentioned both companies.

In June of 2002, the nation’s largest accounting firm, Arthur Andersen, was found guilty of unlawfully destroying documents relating to the firm’s work for its biggest client, the failed energy giant, Enron.

And while that conviction was eventually overturned, the damage from its actions doomed the company and it ultimately shut its doors for good.

In the weeks leading up to the Enron collapse, Andersen’s Houston practice director Michael Odom presented a videotaped talk—that was played many times for Andersen employees—on the delicate subject of file destruction.

In that video, Odom said that under Andersen’s document retention policy, everything that was not an essential part of the audit file—drafts, notes, emails and internal memos—should be destroyed immediately. But, he added, once a lawsuit was filed, nothing could be destroyed. Anything could be lawfully destroyed, he advised Andersen employees, up to the point when legal proceedings were filed (emphasis ours). http://www.mybestdocs.com/hurley-c-rk-des-law-0309.htm

“If it’s destroyed in the course of the normal policy and litigation is filed the next day, that’s great,” he said, “because we’ve followed our own policy, and whatever there was that might have been of interest to somebody is gone and irretrievable.”

In a matter of days, Andersen’s Houston office began working overtime shredding documents, according to authors Bethany McLean and Peter Elkin in their book The Smartest Guys in the Room (The Amazing Rise and Scandalous Fall of Enron).

Perhaps the DHH shredding had nothing to do with the CNSI contract with DHH or with the litigation filed by CNSI over cancellation of its contract.

And it may be that the shredding was in no way connected to the Molina contract, even though Watkins failed to address that specific question byLouisianaVoice.

It could well be, as Watkins said, the document destruction was purely a matter of routine housekeeping.

But the timing of the shredding flurry, coming as it did only days following the July 10 filing of DHH’s lawsuit against Molina, and DHH’s murky and adversarial relationship with the two claims processing contractors do raise certain questions.

And Watkins’ assertion that the shredded records consisted of “old cost reports, statements and facility documents,” the dates of which fall within the time frame of the allegations against Molina, would seem to make those questions take on even greater relevance.

More in this category: « Proving Jindal's court claim of Obama Common Core "scheme" Jindal's popularity and those pesky lawsuits »
back to top