Louisiana, top in Business Climate, but in Internet deep freeze 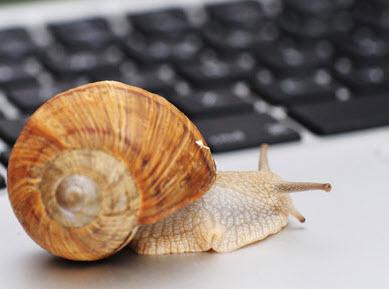 Why is Louisiana's business climate so hot, yet, we we cold-shoulder in building the future?

Recently, it was announced that Business Facilities has ranked Louisiana as No. 1 in the nation for being "business-friendly. But, according to another report just published by Akamai, the state is second to last in one of the most critical and essential components needed for for current and future economic growth--Internet speed.

Yep, top in the nation, yet, second to last?

We know how important being friendly to business is to our state.  Businesses want stability, a good-hostile non-environment and low costs to provide products and services.

The Jindal administration, the Louisiana Economic Development headed by Stephen Moret, the Louisiana Legislature and the people of the state should be pleased with their efforts and these developments.

However, there is a major disconnect somewhere.

We are providing fertile fields for atttracting businesses to fill our facilities, but we obviously are ignoring a critical infrastructure that is appears to be so  important to all other states and countries, except for us--broadband.

How significant is Internet speed for small and large businesses in the New Economy?  How vital is it for our families and for our schools as we compete, not just against those other states, but against so many more "other countries" in this world without walls?

Internet access and broadband is the new river and its tributaries that connects our communities, that brings products to market and that allows all of us to be connected to the rest of the globe.

In fact, online video is the driving force speeding down those rivers.  It is leading the current business and technology revolution.  Hardware, software, social media, mobility are all being built to accommodate and to take advantage of online video.

I know this from practical experience.  Our site, Bayoubuzz, has been using high-speed broadband to stream live events using google hangout technologies.  We have been communicating using online video engaging in news interviews, press conferences, round-table discussions, radio webcasts and other communicative forums.

Without ultra-high-speed connections, which we pay for extra, we would not be able to do thosse things we do and that so many businesses in the world are finding to be of utmost importance.

High-speed connectivity is not just the life-blood for online media, such as our site.  Our everyday large and small businesses are finding they cannot, nor will be able to be competitive unless they have the required high-speed connections that other states apparently covet.

For example, our medical institutions which serve our families must now have strong connections to utilize new technologies such as google glass, telemedicine and digital medical records transfers.

Our movie industry, now top in the world in terms of filming, and our growing entertainment industry including music, live performance and interactive media, could be left in the digital dust if those needing to upload and download bulky files (such as film, sound, music and softwares) do so taking hours, instead of minutes.

Our businesses in rural and small towns are not, and will not offer the same services as those being provided in other similar-sized areas throughout the country.  Worse, businesses in Europe and Asia are now able to provide essential products and services online better, faster and at a cheaper price than what many of us can access here in this state.

Recently, and shockingly, a business associate of mine, who lives in Morgan City Louisiana, told me his broadband story. His internet speed was so slow that he could not use it to interact with me online.  He said he was paying for the fastest Internet available.  Also, at certain times during the day, he could hardly use the online service because the broadband was being shared with so many others. Not, a good way to do business in this high-velocity, day and age.

A friend of his, however, living in Chatanooga Tennessee, has a different story.  The Tennessean has the luxury of super-speed connection, at roughly 1GB per second, a far cry ahead of the 5MB/s to 30MB/s offered in so many local communities.  In elementary terms, we're talking Chatanooga roadrunner versus Louisiana tortoise. Those businesses in that area can download and upload at speed well over fifty-times the speed of the rest of teh nation--and we trail almost all of them.

So, perhaps we should take a long and deep look at why this state ranks so high in some areas and so miserably in others?

Here are just some of my own thoughts:

Is high-speed Internet even being considered by these ranking publications and organizations compared to those factors they seem to savor?

Has Louisiana been hampered by Louisiana Governor Bobby Jindal’s refusal to accept and then fumble a $85 million dollar ”stimulus” grant from the federal government which was designed to help this state’s rural broadband connections?

How many more rural areas and small towns such as Morgan City could have had a big pipe flowing with speeding files instead of the puny broadband trickles?

Should we be proud that Louisiana is ranked at the top by some of the prestigious business and economic development publications?

We should tout the rankings that Louisiana has the best workforce training program in the country, that our incentives are doing wonders for some of our industries (such as Entertainment), that our tax and regulatory structures are favored.  Business Facilities says those factors are important and obviously, they are.

But, one must wonder what planet some of these ranking publications and organizations reside upon when the very resource that fuels the most essential industry of the present and future—online communications is apparently not being factored into the equation.  Nor does it appear to be very important to many of our policy-makers.

What did Business Facility say about Louisiana in its ranking?

Business Facilities magazine has released the results of its 10th Annual Rankings Report,  naming Louisiana as the state with the Best Business Climate.

“Louisiana has been a perennial contender for our coveted Best Business Climate designation, but this year the Bayou State made it easy for us to give them the No. 1 ranking,” BF Editor in Chief Jack Rogers said.

“When we scrutinized all of the essential elements for a successful economic development program in today’s highly competitive market—including workforce training, incentives, a business-friendly tax and regulatory structure, and a highly diverse, well-conceived growth strategy—we consistently found an aggressive standard for excellence in Louisiana,” Rogers added.

Rogers said BF continues to be impressed with the unprecedented cooperation between higher education resources and business in Louisiana. He also noted that Louisiana FastStart repeated as the top-ranked state program in BF‘s Workforce Training Leaders category.

So, let’s see what the Akamai report says about Louisiana and its super-duper fast internet speed.  Here are relevant excerpts:

In contrast to the overwhelmingly negative nature of the quarterly changes, year-over-year changes in average peak connection speeds were completely positive, and rather strong, among the top 10 states. Across the group, yearly increases ranged from 13% in New York to an impressive 68% in Maryland. Year-over-year changes were also overwhelmingly positive across the whole country, with only Ohio and Vermont seeing lower speeds, dropping 14% (to 25.5 Mbps) and 17% (to 39.4 Mbps) respectively. Of the remaining states, five saw increases below 10%, with the lowest Kentucky’s 0.8% increase (to 31.2 Mbps), while the biggest jump was the 97% improvement seen in Kansas (to 34.4 Mbps).

…two states, New Jersey and Virginia, saw lower high broadband adoption rates as compared to the previous quarter, with New Jersey losing 3.0% and Virginia 1.5%. New Jersey’s quarterly loss meant that only three states had more than half of their connections to Akamai at speeds above 10 Mbps in the first quarter. In looking at the whole United States, Maryland and Louisiana also saw high broadband adoption rates decline quarter-over-quarter, losing 2.6% (to 42% adoption) and 5.1% (to 23% adoption) respectively. Growth rates among the remaining states were fairly reasonable, with New York having the smallest increase (0.6%, to 44% adoption). A total of 28 states saw quarterly changes above 10%, with the biggest change seen in Ohio, which added 41% (to 35% adoption).

As shown in Figure 22, quarterly changes were mixed, with just four states seeing growth in broadband adoption rates. The biggest increase, relatively speaking, was only 0.8%, which was seen in South Dakota; Massachusetts’ change of less than a tenth of a percent was the smallest among the group. Of the six states in the top 10 that saw broadband adoption levels drop from the previous quarter, losses ranged from 0.2% in Rhode Island to 3.0% in Delaware. Looking across the whole country, gainers slightly outnumbered losers, with a total of 28 states seeing higher levels of broadband adoption. Increases ranged from the barely perceptible in Massachusetts to 16% in Ohio.  The quarterly declines seen in the remaining 21 states ranged from 0.1% in Illinois (to 63% adoption) up to 7.2% in Louisiana (to 65% adoption).

More in this category: « Jindal's popularity and those pesky lawsuits Cassidy ducking? Landrieu featured, GOP killing Demos »
back to top