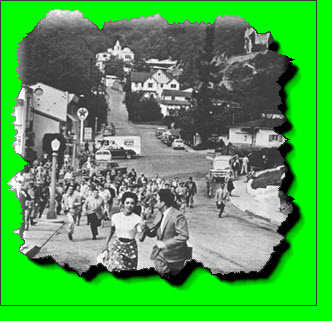 The nightmare at the border shows no sign of abating anytime soon. Thousands of illegal aliens, including children, have crossed the border this year.

This year has seen a massive spike in unaccompanied children crossing the border illegally. Not surprisingly, 90 percent of the illegal minors do not show up for their court hearings and prefer to escape onto the streets of this country, knowing there is very little chance they will ever be deported.

The total number of undocumented aliens is unknown, for our border patrol only apprehends 25% of the people who illegally cross into this country.  The scary aspect to this crisis is that our government has no idea the extent of the weapons, drugs and diseases that have been brought into the United States of America.

Amazingly, Obama administration officials have allowed gang members to stay, even murderers. Last year, the Department of Homeland Security released over 36,000 miscreants who were convicted of crimes such as homicide, sexual assault and kidnapping.

While the House of Representatives passed a bill to deal with the crisis, the Senate refused to act and the President is going on a two week Martha’s Vineyard vacation. His answer is to spend almost $4 billion to hire bureaucrats and provide additional benefits for illegal aliens.

The flow of benefits is what is driving individuals from Mexico and the seven Central American countries to cross the border illegally. While some people are surely fleeing violence and the dangerous drug cartels, many more are attracted to the American welfare system.

Almost everyone who makes the treacherous trek through Mexico toward our southern border knows there is a good chance they will be rewarded in the U.S. These folks are well aware of the free healthcare, free tuition and cash assistance offered by federal and state governments. Since they are given de-facto amnesty and gifts as well, who would not want to escape crime and poverty to come to the land of riches?

The problem is that this cannot continue indefinitely. We will not be able to afford the continuous stream of generous welfare payments.

The benefits include a free education. In Texas alone, 4,800 of the illegal minors who entered the country this year will be given access to public schools this fall. They will also receive free lunches and bilingual teaching, costing taxpayers about $9,500 per student or a total of $45.6 million.

Colleges and universities in at least 20 states will provide financial aid, tuition subsidies, reduced or free tuition for illegal aliens.

Amazingly, the IRS provides over $4 billion in child tax credits to illegal aliens who do not pay federal income tax. U.S. Senator Jeff Sessions (R-AL) has been unsuccessful in eliminating this outrageous benefit.

More importantly, the security of our nation will be continually compromised. The United States will not continue as a nation if we do not secure our borders. No other country in the world has such a porous border and provides so many benefits for those people who break their laws.

In total, the citizens of this country are being played for fools by Democratic politicians, bureaucrats and the illegal aliens taking advantage of a system that cannot be sustained much longer.

More in this category: « Richard Nixon I knew, Watergate and Louisiana Robin Williams, comedian, actor dead at 63, apparent suicide »
back to top