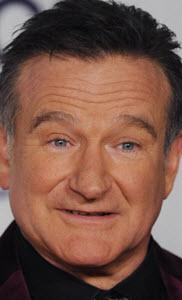 Robin Williams, the actor, the comedian is dead at 63.

Oscar-winning actor and comic Robin Williams is dead, from an apparent suicide according to the Marin County Sheriff's Department confirmed.

Around 11:55 a.m. Monday, sheriff's officials said, a 911 call came in about a man who was unresponsive in his home in Tiburon. He was pronounced dead at the scene.

More in this category: « Invasion of the illegal aliens border booty snatchers Robin Williams, 63, Twitter, Facebook, Google Plus »
back to top