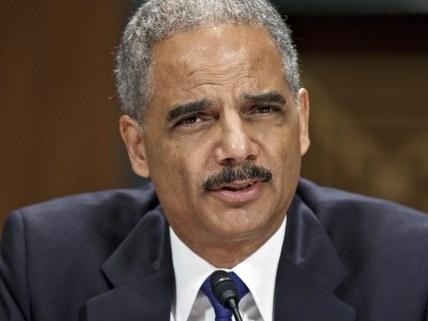 Several years ago, the Occupy Wall Street movement created disturbances across the country. The protests were a flash in the pan and dissipated rather quickly.

Yet, while these protests were ongoing, plenty of damage was done. There were tragic deaths, violent rapes and camp sites filled with disgusting trash and even human waste. In fact, a few of these sites were declared biological hazards.

Unfortunately, the Occupy Wall Street has been reborn in the past week in Ferguson, Missouri. In the aftermath of the death of Michael Brown, an 18 year old African American, violent protests have gripped the small St. Louis suburb.

To make matters worse, local protesters have been joined by hundreds of other people from all across the country. These imported protesters seem to be mostly young people with no jobs, but looking for trouble. The protesters are racially diverse, but they share in common a seething anger at authority figures, especially police officers.

If the protests had been non-violent, there would be no problem. Instead, there have been disturbing episodes of looting, arson, gunshots fired at police and hooligans challenging stressed police officers trying to handle a volatile situation. Police should be commended for showing tremendous restraint in dealing with this threat.

This was a tailor made opportunity for President Obama to shower praise on police who are trying to maintain order and caution protesters to exercise their 1st amendment rights in a peaceful manner. In contrast, the President offered words of warning for police officers and sympathy for protesters, many of whom are lawbreakers.

In his statement yesterday, the President claimed a “gulf of mistrust exists between local residents and law enforcement. In too many communities, too many young men of color are left behind and seen only as objects of fear.”

The President has directed the Justice Department to launch civil rights and criminal investigations into the case. In the meantime, we should pray for racial calm and healing in Ferguson, Missouri. If not, these protests could expand to other cities.

To make matters worse, the President is sending in Attorney General Eric Holder, who will not quiet tensions, but exacerbate them. Holder is a racial flamethrower, using the power of his office to strive for his skewed version of justice. Holder is going to flood Ferguson with FBI agents to investigate the police shooting. Holder is calling for additional investigations into the actions of police, as well as a third autopsy on Michael Brown.

The President seemed agitated that the Governor of Missouri made the right decision and called in the National Guard. The Governor had to act because the police needed additional support to control the ever increasing number of aggressors arriving from across the country.

As a candidate for President, the media painted Barack Obama as a unifying force in America. He was going to supposedly bring people of different races together. Sadly, just the opposite has occurred during the Obama years. By inserting himself into the Professor Gates controversy, his misguided intrusion into the Trayvon Martin case, and his actions in this case, the President has made clear that he will always show solidarity with “oppressed minorities” instead of the police.

The focus of President Obama, Eric Holder and racial agitators like Rev. Al Sharpton is usually on the “white on black” incidents, not on the much larger problem of “black on black” violence.

While the nation continues to be mesmerized by the protests in Ferguson and the various investigations, we should not lose sight of the more serious issues plaguing our country, but being ignored by protesters, politicians and the media.

More in this category: « Bill Cassidy packing in the campaign dough with curious PACS Jindal Chief complains: Judge in Common Core ruling is wrong »
back to top