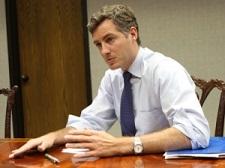 One day after a court ruling, Louisiana Superintendent of Education John White and Louisiana Governor Bobby Jindal, through his Commissioner of Administration Kristy Nichols, held a joint news conference Wednesday morning to discuss the next steps related to the Common Core contract and standards.

White and the school board, BESE, have been in a pitched political and legal battle with the Jindal administration over the procurement contract for the Common Core PARCC test and regarding the future of the standards’ implementation in Louisiana.  The Jindal administration had blocked the implementation of the Common Core tests through a procurement contract.  On Tuesday, the School board prevailed in a preliminary injunction hearing on Tuesday, enabling the school board to proceed with the contract.

On Tuesday, after the court hearing on the preliminary injunction, White sent a letter to the administration calling upon it to put its opposition to rest and to proceed with Common Core implementation.  White reiterated his desire to proceed normally with the national standards test.

Despite the judicial ruling in White and BESE's favor, the Nichols continued to press the administration's claims regarding the unlawfullness of the procurement contract.  In the letter below to White, Nichols warned both the School Board (through the Superintendent) and the Common Core vendor, that they were at potential legal and monetary risks for implementing new assessments through the existing contracts.

Below is the Nichols response.  Also, click here to hear the last part of White's press conference and the entirety of Nichols comments to the media.

As you are aware, the Division of Administration (DOA) has an obligation to ensure public funds spent under consulting services contracts are properly disbursed within the scope of approved contracts. The Office of Contractual Review’s (OCR) temporary suspension of approval of the two current Data Recognition Corporation (DRC) contracts was executed as a mechanism for DOA to monitor the expenditure of public funds under these contracts while OCR investigated their scope of services. While our audit of the existing DRC contracts is still ongoing, the contracts remain active and payments for services under the approved scope continue to be made.

While Judge Hernandez’s preliminary ruling lifts OCR’s temporary suspension of the DRC contracts, it does not affect the Division’s statutory responsibility to ensure proper use of public funds. As a result of initial findings in DOA’s audit of the DRC contracts, we have repeatedly expressed concerns to you regarding your intended use of these contracts.  Those concerns still stand and if the Department of Education or the Board of Elementary and Secondary Education (BESE) intend to implement new assessments through these contracts for ELA and Math for the current school year, they do so at their own risk.  As such, payments may be subject to recoupment, and the vendor may be exposed to other restrictions on contracting with the State.