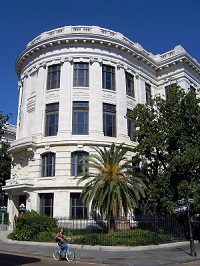 While the Governor's focus, as of late, has been on a different legal matter, Common Core, Bobby Jindal's primary education achievement, his education reform will meet its sternest test--the Louisiana Supreme Court.

Here is a press release from the Louisiana Federation of Teachers announcing the Supreme Court's announcement:

The Louisiana Supreme Court will consider Governor Bobby Jindal’s appeal of a ruling that Act 1 of 2012, the so-called teacher “talent act,” violates the State Constitution on Friday, September 5.

Arguments will be presented in what could be the ultimate legal decision on the act, which the Louisiana Federation of Teachers says violates a constitutional ban on bundling multiple objects into one legislative bill.

Last January, 19th Judicial District Judge Michael Caldwell ruled for the second time in less than a year that the act is unconstitutional.

The act was one of the bills that Gov. Bobby Jindal touted as his education reform agenda in 2012. It amended and reenacted nine statutes and enacted two entirely new statutes. It tied teacher salaries, tenure, promotions and termination to a new evaluation system. It changed the way school boards contract with superintendents, altered the general powers of school boards, delegated new authority to principals and superintendents and mandated different reduction-in-force policies.

Judge Michael Caldwell first ruled the act unconstitutional in March of 2013. But the State Supreme Court remanded the case to the 19thJudicial District, asking Judge Caldwell to reconsider his ruling in light of another decision.

In his ruling last January, Judge Caldwell acknowledged the Supreme Court’s reservations. He said that even though the high court’s decision in another case had broadened the definition of a bill’s objects, he did not believe that Act 1 of 2012 met that standard.

“The object (of the bill) is not apparent to me in several provisions of the act,” Judge Caldwell said, concluding that Act 1 is “unconstitutional in its entirety.”

The law remains in effect until the high court makes a final decision. No matter what the final outcome, LFT President Steve Monaghan said, sections of the act dealing with teacher evaluations, tenure, promotions and salaries are unfair and unworkable.