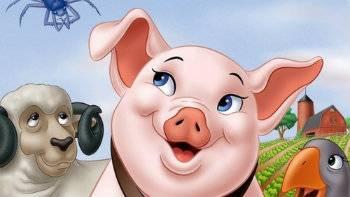 Despite the reality of a failed fiscal plan and a woeful economy, Democrats at their convention in Charlotte this week will weave a web of deception.

They will try to convince Americans that the economy is improving and that “Happy days are here again.”

For those suffering in the Obama economy, the Democrats will blame Bush, the Republicans in Congress, the tsunami in Japan, the European financial crisis and plenty of other scapegoats.

The last thing they will do is take responsibility for their lamebrain policies of trillion dollar stimulus spending, unfunded socialized medicine, $16 trillion national debt, four years in a row of trillion dollar deficits and 42 consecutive months of an unemployment rate over 8 percent.

In Charlotte, Democrats will feature two former Presidents and a failed presidential candidate. Americans will remember Jimmy Carter as a disastrous President who ushered in high energy prices, high inflation rates, high interest rates and high unemployment. In other words, he was toxic to the economy and fortunately was replaced by Ronald Reagan. Americans may also remember that Carter used his post-presidential years to forge alliances with communists in Cuba and North Korea and terrorists in the Middle East.

Americans will remember Clinton as a successful President who presided over a strong economy, with the help of a Republican Congress, but who disgraced the Oval Office and embarrassed the nation with the sordid Lewinsky affair and the impeachment proceedings.

John Kerry will likely remind everyone that he served in Vietnam, but Americans will remember him more as the rich guy who lost to the supposedly buffoonish George W. Bush. In his presidential campaign, he offered little vision or charisma and inspired no loyalty and tepid support, so the last thing Democrats in Charlotte should expect is a dazzling speech.

This trio of political heavyweights will join other convention speakers and try to rally the troops for last election’s exalted one, Barack Obama. With a failed four year record, Obama does not have the ability to masquerade as a political deity this time. He will have to count on a weakened Democratic Party to pull him through this election.

The Democrats of 2012 are a far cry from the ones who rolled to power in 2008. They are currently losing the fundraising race to the Republicans, which is unusual since they have an incumbent President to solicit huge donations.

The party has an incredibly weak bench in contrast to the Republican Party. While there might be 20 potential GOP candidates to succeed Romney, the Democrats have only one solid heir apparent to Barack Obama, Secretary of State Hillary Clinton, who is not scheduled to join the festivities in Charlotte.

Who are the other leaders in the Democratic Party? The most prominent ones, Nancy Pelosi and Harry Reid, are worthy of scorn and contempt for their lousy leadership of Congress.

Sadly, for Democrats, their party has not grown in the Obama years. It has been all about one man, his myth, and his cult of personality. Once Obama loses in November, the party will have to conduct some serious soul searching about their future, but don’t expect this reality to interfere with the proceedings in Charlotte.

At this convention, the Democrats are not only deceiving the American people, they are also deceiving themselves.