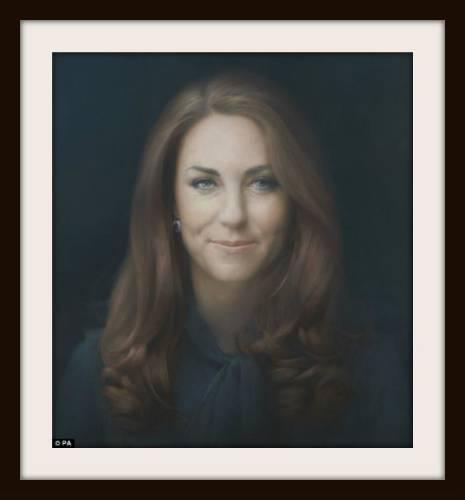 Just when that “close Royal source” tells us that Kate Middleton is still in the throes of that disabling, diabolical pregnancy vomiting disease, Hyperemesis gravidarum....

Just when that “close Royal source” says that Kate has lost so much weight from vomiting that she can barely stand and is even more anorexic-looking than usual....http://au.ibtimes.com/articles/569848/20141017/duchess-cambridge-kate-middleton-pregnancy-sickness-engagement.htm#.VERxH2ddXSc.

Just when that “close Royal source” says the real reason Kate Middleton has not been seen in weeks is because her pregnancy has unattractively bloated her features and she does not want to be seen in public....http://www.theepochtimes.com/n3/1021085-kate-middleton-too-embarrassed-to-be-seen-in-public-reports-based-on-speculation/.

Just when that “close Royal source” claims Kate Middleton is beside herself with fear because there is a “spy” in Kensington Palace watching her....http://www.ibtimes.co.uk/kate-middletons-worst-nightmare-duchess-fears-there-spy-kensington-palace-1470545.

Just when that “close Royal source” says that Kate can hardly move about the settee where she’s been lying in her parents’ Bucklebury mansion, so weak and emaciated is she....http://www.thedailybeast.com/articles/2014/10/15/the-disappearance-of-kate-middleton.html.

Just when all this is being bandied about, while Kate’s Royal husband, Prince William, is rumored to be off hunting in Africa or frolicking with other women, http://www.celebdirtylaundry.com/2014/prince-william-cheating-kate-middleton-assistant-rebecca-deacon-malta/, or romancing the couple’s Kate-imago personal assistant....http://www.bayoubuzz.com/top-stories/item/761561-kate-middleton-doing-a-kim-jong-un-as-william-does-a-becca.

Here come blurry, grainy photos of William and Kate, like actors in a film noire, skulking through rainy London streets under cover of darkness to visit what we are told is Kate’s obstetrician’s office. William, we are told, is holding an....envelope (gasp!) that contains, the “close Royal source” says, the pregnancy fetal scan of their unborn child (or children, depending on whether the twin story from that “close Royal source” is true. http://hrhduchesskate.blogspot.com/2014/10/william-and-kate-photographed-at.html.

Does the “close Royal source” have X-ray vision so they can see through a sealed envelope?

It’s hard to tell. Just like how Baby Boy George’s hair color seemed to change from dark brown to blond in a photo frame, photos of William and Kate are not always what they seem. But okay, for the sake of argument, assume they are real enough.

The big question then becomes, how contemporaneous are they?

Were these grainy, shadowy pics snapped during Kate’s first pregnancy, or were they snapped just a few days ago? Or were they photoshopped from something or another?

If the “close Royal source” is the real deal, and telling the truth about how gravely ill Kate supposedly is, how she cannot move or assume royal duties or even bear to live in one or more of her various palatial homes where servants wait on her hand and foot and even the Queen’s gynecologist and obstetrician has literally moved in to ensure her and her baby’s (or babies’) health and well-being, well then...

How come the grainy, shadowy pics show Kate to be in brilliant, obvious good health?

How come Kate is smiling and skipping around and does not look sick or disabled at all?

How come they are going to the doctor, and he’s not going to them? Wasn’t that the “close Royal source’s” info early on, that Kate was ensconced in her new, luxurious Kensington Palace digs, and all the pregnancy doctors and Hyperemesis gravidarum specialists were coming to her, and nurses were ready with the vomit buckets and Kate would be receiving regular IV treatments that are standard for women who have the constantly-vomiting pregnancy disease?

How come Kate and William are being so super-secret about everything?

But mostly, mostly, we want to know this: Why is Kate Middleton not ill, as described?

If Kate is truly carrying twin fetuses herself, and her health is so precarious, and she is hooked to an IV and can’t get up and do anything, then...why is she skipping around in the rain on a London street in the middle of the night?

Why not go to the doctor’s in the middle of the day? Or why not have a scanner brought in to Buckingham Palace or Bucklebury Palace or wherever it is that Kate is lounging around these days?

If William and Kate truly lived in fear of paparazzi, why would they risk running around in the streets, without a personal protection officer in sight? Why would a grinning Kate be bouncing and bounding in and out of waiting cars?

Either the “close Royal source” is lying, or the photos are faked or from a different time, or lookalikes were picking up the amniocentesis reports of the Russian surrogate’s fetus or....or....or....

Or it’s just another example of the lies and craziness that the Cambridges, who are called “the Lazy Duo” on the internet, have engaged in since they first hooked up at St. Andrews University in Scotland way back when.

The British papers apparently declined to publish the grainy, blurry pics. Although one editor cited a woman’s privacy to visit her doctor as the reason, perhaps a more important reason might be that the photos cannot be authenticated. http://www.thedailybeast.com/articles/2014/10/17/kate-middleton-pictured-leaving-clinic-new-privacy-row.html.

Who wants to be ridiculed on the rebound for enthusiastically publishing photos that turn out to be staged, or phony? Prince William wearing his spectacles at night, in the street and in the rain seems odd, although that sweater he’s wearing is one we seem to have seen before. But if it were a fake Prince William, well, spectacles would certain obscure his visage.

So it all seems a bit odd.

Why do these photos exist at all, if William and Kate are ostensibly so paranoid about being photographed? Why would the “lazy duo” make no effort to disguise themselves, if they are so concerned about protecting their privacy? Why traipse about London after dark, in full view of anyone?

And what or who is the source of the grainy, fuzzy photos?

Tabloids and blogs reported Prince William as being “giddy” and “smiling,” http://www.celebdirtylaundry.com/2014/kate-middleton-baby-girl-revealed-by-12-week-pregnancy-scan-prince-william-and-princess-delighted-with-ultrasound-results-its-a-girl/, but the photos in fact show a rather dour Prince William dragging behind his grinning wife.

Was a helpful paparazzi notified that William and Kate would be prancing around a certain street corner at a certain nocturnal time? Princess Diana was famous for doing that with her favorite photographers anytime she wanted to throw press attention in a certain direction.

Or is this yet another home movie effort by “family photographer” Michael Middleton? Such photos, even unsourced, could prove to be very lucrative. Do the Middletons suddenly need some more money? Do they want to put a dowwn-payment on that villa in Mustique?

Will Prince Willliam yet again threaten to sue whoever is responsible for snapping the filmy frames?

Or is Prince William himself “in” on whatever is going on?

Last week, we surmised that Prince William might be vacationing away from his ostensibly ailing, pregnant wife, with whom he did not appear to be living. Blogs speculated that William might be fighting with Kate, straying from his marriage, fleeing from his Bucklebury minders, and canoodling with other women.

Is the sudden appearance of these grainy, blurry pics designed to prove the opposite?

“Nobody is believing anything” about the photos, says MY close royal source (who’s NOT a Middleton person).

That sounds like the smartest thing to do right now.