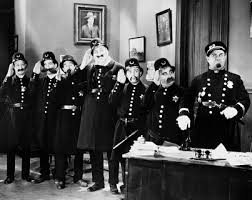 As the Landrieu-Cassidy-Keystone Pipeline drama is now playing out in Washington DC, in Louisiana and throughout the nation, I am not sure if we are watching government in action or a political partisan circus.

For years now, the pro-oil industry and the republicans have been trying to pass the Keystone pipeline XL. The Obama administration has delayed its decision due to political pressure on both sides of the issue.
Here in Louisiana, political clout, Keystone, political party games is mixing like oil and water. Democratic Senator Mary Landrieu, who just recently became Chairperson of the US Senate Energy and Natural Resource Committee earlier this year, tried and failed to get an up or down vote in the Senate, while the legislation has passed in the House.
The GOP including the main republican candidate Bill Cassidy has mocked Landrieu’s efforts and failure. One of her main argument for her re-election has been that she has clout as Chairperson of the committee. That theme was somewhat muted when the republicans took the US Senate on Election Day.
On Wednesday of this week, Landrieu was finally able to obtain an up or down vote. Of course, there is still the question as to whether President Obama would sign the legislation, if passed this lame duck session or even next session when the legislation comes up once again.
Meanwhile, republican Congressman Bill Cassidy and future Senate Majority Leader Mitch McConnell pulled a sneak play of sorts—nothing illegal or unethical, just raw politics and I might add, a brilliant move. If Cassidy wins in his bid against Landrieu, McConnell will award him with a seat on the committee.
Landrieu argues that her seat, due to majority and experience, would be higher if she were elected.
On Wednesday, Cassidy filed a Keystone bill in the House and now a side debate is whether this lame duck Congress will pass the existing House and Senate bill or whether the Senate will push the Cassidy version instead this year.
The entire process is strong evidence why Americans are turned off by the political process and believe that nothing will get done.  This political roadshow is exihibit one why the country is hopelessly divided.

It is hard not to wonder if the lawmakers really want the pipeline to succeed or if they want to use the issue as a political weapon so their party wins.  It is also difficult not to believe that that the entire discussion is not just a comedy full of political clowns who could not pass key legislation if their jobs were dependent upon it.

Here is a sample of how the complicated the matter is and the media is discussing Keystone sandwiched between the candidacies of Landrieu and Cassidy:

http://www.nbcnews.com/news/us-news/keystone-xl-pipeline-lame-duck-congress-fast-tracks-legislation-n247761
Why it is coming to a vote now?
The answer has a lot to do with the still-undecided Louisiana Senate race, actually.
In a stunning move Wednesday, Senate Democrats abandoned long-running efforts to block the measure in the hopes of helping Sen. Mary Landrieu win a December runoff and hold onto her seat in energy-rich Louisiana. Republicans hit back by scheduling a vote in the House on Thursday on a similar bill sponsored by Rep. Bill Cassidy, Landrieu's GOP opponent in the Dec. 6 contest.
In recent years, the GOP-controlled House voted several times to back the pipeline, while the Democrat-led Senate — taking cues from the White House — has held off on holding a vote.
What happens if it passes?
White House spokesman Josh Earnest said Wednesday that the Obama administration has taken a "dim view of these kinds of legislative proposals in the past" and suggested that Obama may veto the measure if it arrives at his desk.
"Evaluating those earlier proposals, we have indicated that the president's senior advisers at the White House have recommended that he veto legislation like that," Earnest told reporters today in Myanmar, where Obama is attending a summit. "And that has continued to be our position."
A veto from Obama could challenge Congress to override him.

But if the Senate passes the bill as early as next Tuesday, Obama would likely be forced to either sign it into law or veto it. He has said the project needs his approval because it crosses an international border.

McConnell’s pledge clearly aims to help Cassidy on the campaign trail. Landrieu often reminds voters of her clout as chairwoman of the committee, which is critical to energy interests in Louisiana.
“I’m confident Dr. Cassidy will use this position to succeed where Sen. Landrieu failed,” McConnell said in a statement Wednesday.
His announcement “pretty well counters the claims the Landrieu campaign made,” said Pearson Cross, associate professor of political science at the University of Louisiana. “It was a pretty slick political move to do that. I was appalled and impressed at the same time.”…..

Jim Noe, executive vice president of Hercules Offshore, which describes itself as “a leading global provider of offshore contract drilling and liftboat services to the oil and gas industry,” called McConnell’s pledge an important development for the oil and gas industry.
“We need people from Louisiana that understand the challenges of the oil and gas industry to serve on the most important committee in the Senate on energy,’’ he said.
Noe, a Republican who supports Landrieu, praised her work on energy issues, including her effort to lift the administration’s moratorium on offshore drilling after the 2010 Deepwater Horizon oil spill.
“She’s a proven commodity on energy issues,’’ Noe said. “Congressman Cassidy certainly has been a voice in the House on energy issues, but not like the lion Sen. Landrieu has shown herself to be.’’…..
David Bositis, an analyst who specializes in Southern politics, said Republicans’ takeover of the Senate doesn’t help Landrieu’s campaign, but she can still play up her ability to influence other Democrats.
“This doesn’t mean that Republicans are going be able to do whatever they want,’’ he said. “They still have to play ball.’’

It's not clear whether Republicans will support Landrieu's bid for a vote while Democrats still control the chamber. But she was lobbying for them to do so on the Senate floor Wednesday.

Landrieu said all of the chamber's GOP members are co-sponsors of her bill to approve the pipeline, and that its path forward "will never, ever be clearer than it is today."

"Think very carefully before any one of you object, because you are all co-sponsors of the bill," she said. "So just think hard on it before you do it."

Republicans blasted Landrieu for what they called a "Hail Mary," saying that if she had pull with Senate Democratic leadership, she should have used it before the runoff was just weeks away.
"After years of ineffectiveness, this latest Hail Mary is yet another reminder that Mary Landrieu has failed Louisianans for years," said National Republican Senatorial Committee spokeswoman Brook Hougesen. "Voters deserve a Senator that doesn't just show up in the 11th hour for political benefits, but will fight every day to create good jobs and economic opportunity for Louisiana."