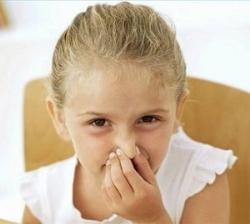 Thursday November 20, New Orleans will be smoking!  Or perhaps, not.

“It’s fitting that the council is introducing smoke-free legislation on the very same day as Great American Smokeout,” said Ryan West, government relations director at ACS CAN. “The Great American Smokeout is about helping people quit, and we know that passing a local smoke-free ordinance is critical to helping people in New Orleans do just that.”

ACS CAN, the advocacy affiliate of the American Cancer Society, in New Orleans has been working with Americans for Nonsmoker’s Rights, American Heart Association, American Lung Association, Louisiana Cancer Control Partnership, The Louisiana Campaign for Tobacco-Free Living and many other organizations to ensure a safe, healthy, smoke-free workplace for all bar and casino employees.

Also, in recognition of this year’s Great American Smokeout on November 20, theSmoking Cessation Trust(SCT) is encouraging Louisianans to quit cigarettes forever by utilizing the free products and services it provides. The Great American Smokeout was created in the 1970’s by theAmerican Cancer Societyto get people to quit cigarettes for a day and donate the dollars they would have spent on cigarettes to charity. The event has since grown to encourage people to the use the date to make a plan to quit, or plan in advance and then quit smoking that day. It challenges people to stop using tobacco and helps people know about the many tools they can use to help them quit and stay quit.

The Smoking Cessation Trust was established when in late 2011 the judgment in Scott v. American Tobacco Company, a 14-year-old class action lawsuit, became final. The judgment ordered certain tobacco companies to fund a statewide, 10-year smoking cessation program to benefit more than 200,000 Louisiana smokers who are members of the plaintiff class (the "Scott Class"). The recipient of the award was a court-established and court-supervised smoking cessation program, known as the Smoking Cessation Trust, which would benefit all Louisiana residents who began smoking cigarettes before September 1, 1988.The program began registering eligible recipients in 2012 and, to date, has registered over 22,000 Louisiana citizens who have committed to kicking the habit.

Applicants whoregisterfor the new smoking cessation program and are approved (usually in one day) as qualified recipients will be eligible to receive any of the following cessation services completely free: cessation medications (such as Zyban® and Chantix®),  nicotine replacement therapy (gum, patch, lozenge, inhaler, nasal spray), individual/ group cessation counseling, telephone quit-line support, and/or intensive cessation support services. By using these services, evidence suggests that participants will increase the success rate of attempts to stop smoking cigarettes, and may successfully quit—for good.