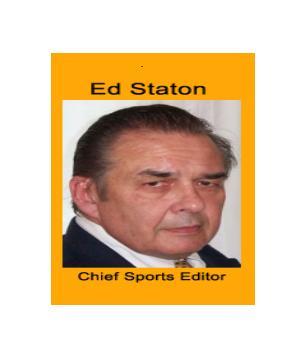 Several websites have owner Jerry Jones pursuing Sean Payton as his next Dallas Cowboys coach. Jones and Payton know each other socially and the Saints coach offered high praise for the Cowboys billionaire owner in his book.

Writes Tom MacMahon of ESPNDallas.com: "The lack of interim coaching candidates on the Cowboys' staff might have been one reason why owner/GM Jerry Jones waited so long to fire Wade Phillips.

"Five years ago, the Cowboys staff had a staff loaded with promising head-coaching prospects.

"Payton, who frequently socializes with Jones, probably would have been a prime a prime candidate to replace Bill Parcells, But it was one year too late for the Cowboys.

"The 46-year-old Payton, a quarterback guru who spent three years as Parcell's assistant head coach and played a significant role in Tony Romo's development, has earned a reputation as one of the league's premier coaches.

"He has won a Super Bowl with a franchise that had a total of one playoff victory before his arrival in New Orleans."

It's highly unlikely Payton will go to the soap opera in the West.

Beason, Marques Colston
Caroline linebacker Jon Beason called his $10,000 fine for a hard hit on Saints wide receiver Marques Colston unwarranted and vowed to appeal. The hit drew a 15-yard penalty. He said he was covering another player when Colston caught a seven-yard pass near him and he lowered his heads to brace for the impact. Beason thinks the NFL is getting so strict receivers may start to stay down after hard hits to draw 15-yard penalties...

VIKINGS QUARTERBACK Brett Favre was asked by NFL Network whether he will return to play in 2011, and he offered a one-word answer: "No," said the 41-year-old quarterback. That's what Favre has said throughout  this season...As Cowboys owner Jerry Jones prepares to hire his seventh head coach in 21 years, the first coach Jones hired has offered up his two cents on the situation. "Jerry will never change," said Jimmy Jones. "Jerry wants to be right in the middle of it. That's why he paid all that money to buy them. The problem with the Cowboys is you're not real sure who the leader is, and therein lies the problem. Their players haven't answered to the head coach, and I think that's the problem."...

(This excerpt from Jim Taylor's new book, "The Fire Within," is printed with permission from Triumph Books. For more information go to www.triumphbooks.com.In his autobiography, Taylor covers his early days as a boy growing up in Baton Rouge, spans his whole career, from his time as an All-American at LSU, his success as a Packer, his season with the Saints and his induction into the Pro Football Hall of Fame. Packed with stories, statistics and photos, the book is for all fans of Taylor and the magical Packers dynasty of the 1960s)

I was Green Bay's No. 2 pick in the 1958 draft, and even though the Packers had won only three games the previous year, I was delighted about it. Unlike some of the players, I liked Green Bay. Coming from Baton Rouge, I liked the small-town atmosphere. We were there to do a job, and football was the only thing on the plate in Green Bay -- at least for me.

I spent most of the first 10 games playing on the special teams unit, but then Paul Hornung got injured, and I got to replace him for two straight games, and it made me feel pretty good. I thought, maybe I can play this game, after all.

But then the Packers fired Scooter McLean and hired Vince Lombardi. I didn't have any particular expectations when I reported to camp. The Packers had other running backs, and I was just determined to earn a spot on the team. It didn't take long to know there was something special about Lombardi. He was a disciplinarian and unlike McLean, he kept things simple. I was ready to be led, and I was willing to work very, very hard.

I'm just so happy that I came along in Lombardi's eras. He had a lot to do with maxing me out as a player. He used intimidation to push me to the next level, just as he did with a lot of the players. It wasn't easy, but he was exactly what I needed to become as good a player as I could be.

We always looked forward to playing the Cleveland Browns and their great running back, Jim Brown. Ray Nitschke and the rest of our defense took great pride in trying to stop Brown, and that's probably the main reason he never seemed to hurt us as much as he did other teams.

Whenever we played the Browns, the media liked to make a big deal of the battle between Brown and me. I never looked at it that way. I was trying to be the best player I could be for the Packers and do whatever the game plan called for. Oh, I guess we were competing inadvertently, but the reason I wanted to play better than Brown was to help us win, not to achieve some individual honors for myself.

Lombardi loved to beat the Giants because New York was his hometown and he had been as assistant coach at both West Point and the Giants before coming to Green Bay. One of our sweetest wins came in the 1962 NFL Title Game when we beat the Giants 15-7 in an unbelievably cold and windy day in Yankee Stadium.

The field was frozen and the wind was swirling, and all day Sam Huff, the Giants' middle linebacker, was wearing me out. I mean, he was consistently pounding me every chance he got. I carried the ball 31 times, but only gained about 85 yards. After one carry early in the game, I was hauling myself up from the ground when Huff said, "Taylor, you stink!"

Lombardi liked the way I ran. Whenever I'd get in the secondary and a linebacker or a cornerback approached me, my style was to drop my shoulder so they couldn't go for my legs. Some of the guys said I liked to attack tacklers. Maybe I did. If I knew I was going to have a collision, I had to be ready to take him out before he could take me out.

My research has come up with locks for this weekend's games.
Here are my picks on the card (two weeks ago I was 6-0):

With all the dogs barking it sounds like the city dog pound.

When the dogs stop barking, you can thank me.


SOME HITHER, others yon: It's roughly halftime of the NFL regular season so it wouldn't make much sense to delay my midseason picks, November is when the season really begins because it's when playoff contenders and pretenders start to separate. If the playoffs began now:

NFC -- Giants, Falcons, Packers and Seahawks would be division winners, and Saints and Bucs would have wild cards. Eagles and Bears are closest contenders.

AFC -- Patriots, Colts, Ravens and Chiefs would be division winners, and Steelers and Jets would have wild cards. Titans, Dolphins and Texans are closest contenders.

More in this category: « Can LSU Rank Higher Than Auburn In BCS? America's Future Depends Upon Leaders Like Abe Lincoln »
back to top