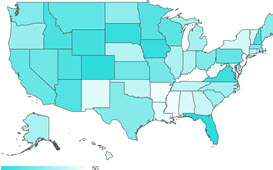 If the polls are right, Louisiana voters are on the verge of throwing long time politician U.S. Senator Mary Landrieu (D-LA) a retirement party on December 6.  Her opponent Congressman Bill Cassidy (R-Baton Rouge) is comfortably ahead as the run-off draws to a close and has been continually blasting the incumbent as a clone of the unpopular President Barack Obama.

For the GOP, the major worries involve complacency of the voters. If Republicans think the race is over and fail to turnout in large numbers, Landrieu could win a fourth term. Republicans cannot just assume that Landrieu will lose, for their history with her is not pleasant. The incumbent has won three close statewide elections, beating well financed Republican opponents each time.

In this election, the dynamic is different. The incumbent President is political poison throughout the South and Democrats like Landrieu are an endangered species. Other than Landrieu, there are no elected Democrats on the statewide level in Louisiana.

Louisiana voters are just tired of the incumbent’s liberalism masquerading as bi-partisanship. Throughout her 18 year Senate career, Mary Landrieu had ample opportunities to create a centrist voting record, which helped former Louisiana Democrat John Breaux win landslide U.S. Senate victories. While Breaux had a lifetime Americana Conservative Union voting record of 49%, Mary Landrieu’s rating is only 20%. She is far to the ideological left, outside of the mainstream of the Louisiana electorate on issues such as abortion, immigration, taxes, spending, Second Amendment rights, judicial appointments and, most importantly, healthcare.

When given the choice of voting with the people of Louisiana or supporting the position of her liberal party and the liberal President, Mary Landrieu consistently made the wrong choice. Now, in non-stop commercials she is saddled with her 97% pro-Obama voting record and the irony of that support is that it did not help Landrieu politically, it hurt her. The unpopular President will not be coming to Louisiana in these final days to campaign for her.  In contrast, Congressman Cassidy is inviting a constant stream of top stars in the Republican Party to campaign with him. For example, today Texas Governor Rick Perry is appearing with Cassidy at three events in the state.

At this point, Landrieu has no one who can come to her rescue. She already invited Bill and Hillary during the primary election and that did not seem to do much good. Other than the Clintons and the toxic Obama, who are the top stars in the Democratic Party anyway?

In the final days of the general election, she will have a fundraiser with music superstar Stevie Wonder. While that event will undoubtedly raise money for Landrieu and help her get on TV during the final week of the campaign, she is still being outspent big time by Cassidy, which is quite rare for an incumbent U.S. Senator.

Clearly, it looks like her political career, which started in 1979, could be coming to an end. After 35 years in elective office, it is time for not only Mary Landrieu to retire, but also the entire Landrieu political dynasty, which started with Moon Landrieu’s first electoral victory in 1960.

Every politician needs to eventually retire, and is looks like the time is here for Mary Landrieu. If Republicans work hard, continue to campaign like they are behind, and not make any major mistakes, they can throw Mary Landrieu the best retirement party ever next Saturday night.

Thanksgiving Louisiana US Senate race--a Turkey of a campaign?

More in this category: « Thanksgiving Louisiana US Senate race--a Turkey of a campaign? Out of state $, endorsers must think Louisiana voters are stupid »
back to top