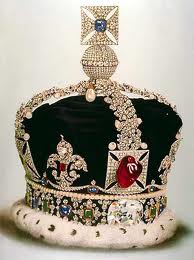 "I did not have sex with that woman, Ms. Lewinsky," said Prince Harry at his first photo op since his naked Vegas romp in which he was photographed standing upright and prone against the back of a similarly naked young woman.

Oh, wait a minute.... That’s not exactly right, is it? But it sounds so hauntingly familiar. Yes, apparently, the press has led us all astray. According to "the Palace" (and by this, the press means "Buckingham Palace" rather than Caesar’s Palace), Prince Harry did not have sex with that woman, Carrie Reichert.

But Carrie Reichert agrees with the Palace! They had no sex! She said so. Carrie claims to have stripped down to her teensy weensy bikini, and then she and his royal hinyness slid beneath the sheets in his Wynne Hotel & Casino V.I.P. bedroom, talked about whether they might be distant relatives, shared their mutual enthusiasm for military matters (Carrie having been born on a U.S. Army base in England and Harry being in the British Army and all), and then they exchanged some smoochy kisses.

But Carrie claims that the earth did not move! There were no fireworks! No penetration, no ejaculation! They had no sex! And since Carrie identifies herself as an enthusiastic, "addicted" amateur pole dancer, she would surely know whether she’d had actual sex with the Prince, or at least fooled around with something resembling a pole. However, the closest the inebriated Prince Harry came to having sex, according to the lovely, buxom Carrie, was when he pressed his genitals against the huge plate-glass window and invited all of Las Vegas to behold his royal visage and fleshy parts.

Although Rick’s Gentleman’s Club might pay a woman to do something like that if it involves dancing, mounting a window pane is not really sex, no matter how British you may be. So Prince Harry seems to be in the clear.

It was surprising then, to read the Palace’s vociferous denial that Prince Harry, third in line to the British throne, "certainly didn’t engage in anything sexual" with the lovely Carrie. This is actually a more nuanced statement than the first Palace denial claiming that Carrie Reichert was never at Prince Harry’s party, and had invented the whole story. Carrie’s suddenly unearthed ex-husband helpfully chimed in that Carrie was almost certainly lying about her erectionless make-out sessions with Prince Harry because, well, she had lied about her age–telling salivating reporters that she was 32 when, in fact, she was 40 years old.

And ask any woman about whether she is genuinely blond, and you will discover that the truth is a many-layered thing.

Anyway, now Buckingham Palace is declaring, through an unnamed "source," that "when Harry was quizzed about Carrie, he had absolutely no idea who she was."

Well, that can’t make a girl feel good! But it’s not the same as saying that she was never there.

That’s why Monica Lewinsky kept her GAP blue dress on, and made sure to collect some DNA evidence. But then, there is no doubt that she and then-President Bill Clinton did a lot more than kissy-kiss, and they rarely even got naked. I mean, we had a Senate impeachment proceeding to let us in on all the details, and since we live in a democracy, we get to know the facts about whether our elected leaders have illicit sex at taxpayer’s expense.

In Prince Harry’s case, getting a DNA stain analyzed might have even deeper repercussions than it did for Clinton. Harry’s biological father has long been suspected of being James Hewitt, a British Army officer and riding instructor to Harry’s late mother, the beloved late Princess Diana. Although born during her marriage to Prince Charles and therefore a legal child of that marriage and remaining in line of succession to the throne, Diana’s very publicly proclaimed misery in her marriage and the uncontested acknowledgment that Hewitt was one of her many lovers has always raised the specter that Harry is not truly of royal blood.

But, of course, in merry olde England, that depends upon which royal line we are talking about. Through Diana, Harry descends from the ancient royal house of Stewart–the first kings of Scotland, and later, Great Britain and Ireland --thus bringing Irish blood (gasp!), clearly-defined jawlines, and fair good looks into the largely long-nosed, jug-eared, chinless, droopy-lipped Germanic descending current Royal Family for the first time in a long time. Diana’s Stewart ancestry famously included romantic figures such as Robert the Bruce and even to Henry VIII through his older sister, Margaret, who became the wife of the Stewart King James IV. Her line includes luminaries such as Mary, Queen of Scotland who, in the best of the kissing cousins traditions imitated by Prince Harry and Commoner Carrie, married her half-cousin, Lord Darnley (with infamous complications). Mary and Lord Darnley’s union brought the Irish-English King James VI and I into being, and it was this James who then succeeded the unmarried and childless Queen Elizabeth I on the British throne. In an age where vampires and the other occult and undead were not popularly venerated, James introduced England to the witchcraft trials then sweeping Europe, wrote a treatise on demonology, and reinvented the Bible to conform with Protestant reformist ideas.

Through Diana, Prince Harry also has ties to several other royal houses–the Bourbons of France, the Medicis, the powerful Sforza nobles, the Wittelsbaches, and the ancient Spanish House of Toledo. If James Hewitt is Harry’s biological father, there are worse things than having a possible descendant of the Irish Viscount and Baron Lifford’s blood coursing through your veins. Genetically, under the Hewitt paternity scenario, Prince Harry would have much more in common with the English and Commonwealth subjects over which he may rule than he would if his main bloodline was the Saxe-Coburg-Gotha (a relatively minor ducal branch of the Germanic Wettin House) and the Hanoverian impronouncable Braunschweig-Luneburgs.

There is clearly a lot at stake as Queen Elizabeth marks the end of her reign, and her son Charles hopes to mark the beginning of his. If one wanted to remove a bastard upstart from the line of succession, naked romps in Las Vegas photographed for all the world to see are an excellent start.

More in this category: « Did the Bill Clinton speech at Democratic Convention help or hurt Obama? More DSNAP Isaac-Disaster Food Stamps sites open in 5 Parishes »
back to top