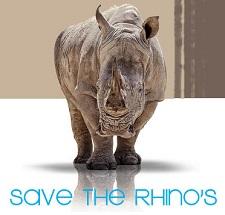 Former Florida Governor Jeb Bush’s announcement today that he will “actively explore” the presidency marks the start of an 18 month battle for control of the Republican Party.

On one side are Bush, former Massachusetts Governor Mitt Romney and New Jersey Governor Chris Christie, the candidates of the establishment or moderate wing of the party. On the other side are the conservatives who comprise the list of almost two dozen potential presidential candidates.

The nomination battle will be fierce, expensive and “wide open,” according to former House Speaker Newt Gingrich, who believes the race will be heavily contested and the most “open on our side since 1940.” Gingrich certainly knows his subject matter, since he lost the GOP nomination contest in 2012 to moderate heartthrob Mitt Romney. In fact, moderates have won the GOP presidential nomination every year since 1960, with the exception of Barry Goldwater in 1964 and Ronald Reagan in 1980 and 1984.

While moderates have been successful in winning the nomination, the record shows that since 1992, Republican presidential nominees have either lost as moderate candidates or in the case of George W. Bush, won the White House masquerading as a conservative.

A conservative presidential nominee would give Republicans the best chance of defeating a liberal Democrat opponent. Unfortunately, the challenge has always been to wrest the nomination away from the party’s establishment moderate establishment wing, which always has superior funding and political endorsements.

Another critical problem for conservatives is that their votes are usually split between several viable presidential candidates, as was the case in 2012. In that nomination contest, Mitt Romney was the only moderate candidate in the race and garnered universal support from that wing of the party.

In contrast, the 2016 presidential race will feature at least two and possibly three moderate candidates splitting the votes. With Bush and Christie likely in the race, the big question becomes whether Mitt Romney will once again throw his hat in the ring.

On the conservative side, there are multiple Governors, U.S. Senators and potential wild card candidates like Donald Trump and Dr. Ben Carson who are sizing up the race right now. The clock is ticking for these potential candidates to make up their mind because in the upcoming nomination battle, the primaries and convention will be held earlier, with an official nominee being selected by June of 2016.

Thus, conservatives face the challenge of the calendar and the incredible financial demands of a serious race for the presidency. It remains to be seen how many of the roughly two dozen conservative candidates can raise the necessary funds to be a legitimate contender for the nomination.

While conservatives will struggle for funding, Jeb Bush will have plenty of money as his last name will give him a tremendous advantage. It is also a handicap because millions of conservatives are tired of the Bush family controlling the Republican Party.

The legacy of the Bush presidencies has been quite negative. Bush, Sr. raised taxes after promising “no new taxes,” while Bush, Jr. almost doubled the national debt, created new entitlement programs and foisted upon the country a massive new government department and bureaucracy.

If elected, Jeb Bush will likely follow in the footsteps of his brother and father. He advocates the controversial Common Core educational program; he supports immigration reform, which conservatives believe is glorified amnesty. He is also an advocate of gun purchase background checks, but not a supporter of the National Rifle Association.

Among many reputable conservatives, Bush’s record is very troubling. Overall, Bush is “a very good moderate Democrat,” according to talk show host Mark Levin. Legendary conservative activist Richard Viguerie says that conservatives “don’t trust” Jeb Bush. In the view of Regan biographer Craig Shirley, the Bush family has a very troubling history of battling conservatives as they “got their start in 1980 opposing Reagan and Reaganism, as they continue to do today.”

In making his Facebook announcement, Bush declared that he wanted to restore the “promise of America.” In reality, he wants to restore the ultimate political power for his family’s dynasty. Our country’s promise cannot be restored by electing the third member of the Bush family since 1993 to serve as President.

As noted by the famous business tycoon, Donald Trump, who is well known for his ability to turn a phrase, our country “does not need another Bush that I can tell you.” In other words, before we can hire Jeb Bush as President, let’s steal a famous Trump phrase and tell him, “You’re fired.”