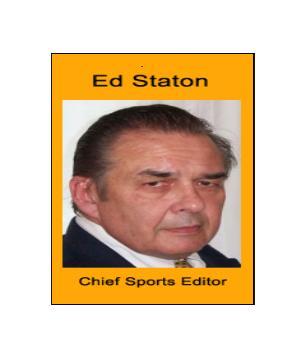 Coming off a bye week, the Saints want to win their third straight game against the Seattle Seahawks on Sunday at 3:05 p.m. in the Superdome.

Seahawks quarterback Matt Hasselbeck is ready to play despite two cracked bones in his left wrist, even if he couldn't tie his own shoes this week.

The Seahawks, the NFC West leaders, are coming off a blowout win over the Cardinals against a Saints defense that is allowing just 166 yards a game through the air, best in the NFL.

Hasselbeck said because of the Saints' willingness to blitz, that could open the door for big plays in the passing game -- similar to last week against Arizona, when Seattle finished with five passing plays of 22 or more yards.


"The Saints ended the Super Bowl basically with an interception for a touchdown (Tracy Porter)," said Hasselbeck, "so there's going to be opportunities there because of their aggressiveness nature, and we'll see."

What does Hasselbeck see on film about Gregg Williams' defense?

"I've played against him a bunch of times and even though we haven't played against him recently in New Orleans it was hard not to watch with admiration the Super Bowl run they had and the kind of play that the Saints basically are making happen defensively.

"For a long time the Saints were known as this great offense, but not so much about the defense. That reputation is out the window. Everybody knows they're a great team. Defensively, they have some playmakers, guys like Darren Sharper and Jon Vilma, the guys who have been doing it for years and years are continuing to make plays. Their scheme is not the same as when you play teams and say that these guys are like some other teams. There's really no one like them."

Saints running back Reggie Bush is expected to return after being out since Week 2 with a fractured fibula.

The Saints are second in the NFL in third-down conversions and could take over first place in this category with Bush back.

"Third down statistics are important in regards to just staying on the field," said Saints coach Sean Payton. "Defensively, when you can get the three and out, that affects field position and it affects snaps for your offense.

"Offensively when you can stay on the field, that's critical. It's one area we've done a pretty good job with on third down. Because of that you have more snaps offensively. In weeks where we haven't been as efficient, you'll see the snap count drop, you'll see the rushing numbers drop, you'll see a number of things drop. Just as turnovers affect those plays, third down is an important number."

The Saints haven't created the turnovers that they did last season, yet the defense is playing its best since Payton joined the Saints.

"We're playing our best defense in that time frame and the turnovers will come with the effort and hustle and the energy that we're playing with. We're doing a good job. The first number you look at is coring defense and that's the No. 1 objective and then you go from there, whether it's passing defense, third down, red zone.Those are all statistics that all are definitely improved. We just passed the mid-point of the season with seven games left, and we're getting healthier there as well."


How did the Saints handle the bye week?

"We all had time away and we just came in for a couple more days in regards to film study," said Payton. "Coaches were out of here Friday, Saturday and Sunday."

Saints quarterback Drew Brees said he got away, but not far. He studies film 30-40 hours week away from practice time.

Prediction: The Saints will cover the 11 1/2 points.

SOME HITHER,others yon: Seahawks quarterback Matt Hasselbeck on former Seattle running back Julius Jones now with the Saints: "We love Julius, He was great for us, He came in the year we lost Shaun Alexander. He did a great job for us. When we shook  out our roster this year, we had three very similar backs in Julius and Justin Forsett and Leon Washington. What Pete Carroll was looking for were backs that were a little different in style and he went out and made the trade for Marshawn Lynch, because he was a real, big, big back and he wanted the smaller back that we had in Justiin Forsett. Just a situation where Julius didn't fit that right mix and kind of got caught in the turnover here. He was great for us. It was a loss when we lost him."...

Saints coach Sean Payton on his strong safety Roman Harper: "He's a different type of safety than Darren Sharper. He's down in the box some more, but he's a very smart player. You can tell he has great instincts. You can tell that within the system that his coaches are allowing him to play free A lot of times you see a guy on film he's kind of robotic. He knows where the ball's going to come, but he has to do what he's told, but it seems like with this defense and Roman in particular. It feels like they have a knack for finding the football and making plays, a knack for playing it free and letting it loose within the system and it seems like all 11 guys are on board. It's not what you expect, but the stats are there."...

Just use your Facebook profile--join the discussions, import images, blogs, videos, files;  Make friends, create groups, post events and so much more
Or use your user and password to Bayoubuzz or register to use Bayoubuzz.com