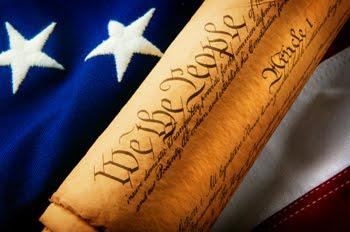 “Man the battlements”.  “Take no prisoners” “I have not yet begun to fight”

There is a war-a-coming for the hearts and minds of America and it is being played out on the airwaves and in the halls of the state and US Capitols.

It begins in earnest January 2014.

Louisiana Congressman, and the third-most powerful member of the US House of Representative,  Majority  whip, Steve Scalise has agreed that President Obama is “so dangerous” and has further stated that “it’s like every day this guy gets up and wants to do more things to our country to harm the direction of America”.

Strong words indeed.  We see the enemy and he is one of us.

The danger of Obama and the “US wrong direction” comments were made Tuesday during WGSO’s radio 990AM  radio talk show during his interview with a major Louisiana Tea Party leader and conservative, Jeff Crouere.

With the country having made a statement this election season, don’t despair.  This past November and December, the Republican Party took over control of both the United States House of Representatives and the Senate.  The reinforcements have not yet been called out and the fight has not yet begun.  So, just wait.

Scalise’s battle cry was made as many conservatives, including Crouere, have been disappointed over the actions of the Republican leadership, including those of Scalise, during the waning moments of the current Congress.

Also, with the battle lines drawn, the question arises whether the forces have the right leader?

During the interview, Crouere expressed his and others’ feelings that House Speaker John Boehner is not conservative enough to head the revolution.   However, Crouere said Scalise is truly conservative and would be the right person to take the fight to Obama and the democrats.

While Scalise did not directly answer Crouere’s complaint and warning, he did cite an example as to the commitment Boehner has given him on at least one major issue—funding immigration and President Obama’s recent unilateral action.  Crouere and many of Obama’s critics charge his immigration executive order to be unlawful “executive amnesty”

The political trenches on the issues might be as long as the controversial “unsecured border” itself—separating the United States and Mexico.  Scalise included issues such as the NSA, Obama care, the economy, immigration are targeted regions for future attacks.

Should there be further lapses in commitment from Republican leadership,  Scalise can expect a strong resistence from Crouere and others to keep the fight going everywhere against the democratic President.   The mission is vast.  The goal is to reverse all actions taken by Obama  and his party since the 2009 inauguration.

During the broadcast, Crouere stated that he and many of his listeners want to fight Obama on all fronts.  Scalise replied he thinks they will be successful and that Obama has never seen such “direct confrontation” as which will occur this upcoming year.

Scalise said legislation will be placed on the President’s desk for him to sign, something Republicans have not been able to do with the Democrats controlling the Senate throughout Obama’s first six years in office.  Scalise and his party have said that even with Republicans taking the House in 2010, Senate Majority Leader Harry Reid has blocked virtually all GOP-passed legislation.

The conflict will be “full scale non-stop”, Scalise said.

“We need to be fighting on all the fronts, not just on immigration, not just on Obamacare, said Scalise.  “But absolutely on those two and a whole host of others”.

The battle lines are drawn.   It’s all over, but the political shooting.