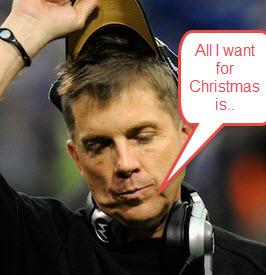 Okay, so you still are walking around mumbling about what happened to the Saints’ once-promising season. You recall a formerly trustworthy pundit who happens to inhabit this space predicting a possible Super Bowl appearance. Even after slogging to a 2-4 record, loyal Who Dats rationalized by saying three of those losses came by a total of six points and just as easily could have gone the other way.

Their faith was rewarded by two impressive victories, against Green Bay and at Carolina. Tied at 4-4 with their confidence restored, the Saints, instead of reaching for that bottle of mojo juice that would propel them to running the table, grabbed the hemlock. Call it what you like, Saints fans did not realize they were participating in a suicide watch that would turn their hallowed home-field advantage into Dr. Kevorkian’s laboratory.

With all that disappointment, they still had a chance to revive the body, thanks to a division filled with death wishes. However, the 30-14 pasting by the hated Falcons on Sunday ended the misery. The body is cold and do not be surprised if it’s kicked one more time at Tampa in the season’s final game next week. But nobody wants to hear about misery during a season of joy. In fact, Mrs. Lincoln, despite the bad things that have happened, life is pretty good.

On Saturday, I watched my beloved Kentucky Wildcats make a major statement in their quest for a ninth NCAA basketball title. I could not believe my eyes as the nation’s top-ranked team jumped on UCLA from the tip. In just a few minutes, Kentucky was up 24-0 and my tight circle of SAE brothers were texting the love back and forth, typified by my own proclamation: “I’ve seen goat ropings, cockfights and tractor pulls, and I ain’t never seen nothing like this!” Truth be told, every one of us wished the Cats could have saved some of those baskets for next Saturday, when they play arch-rival Louisville on a hostile court. But let’s deal with that then.

We’ve got Christmas coming up this week with all its related joy and blessings. Speaking of personal blessings, my daughter Lindsay and her husband Andrew arrived Sunday with our newest addition. Keegan is six months old, well behaved, handsome and is surely destined for greatness. Already, he shows coordination and athleticism, like last night when he grabbed his plastic giraffe on the seams and tossed a perfect spiral to a reindeer ornament streaking across the verdant field of the Christmas tree. And with that completion, all the misery of the Saints’ season and even the joy of being a Wildcat fan took a back seat to what really matters.

So to my legions of faithful readers and friends, I hope you enjoy similar moments this week. Have a very Merry Christmas until we get together again.

More in this category: « Response at Jindal's LSU prayer rally must be free speech, not jackboots Jindal and Obama: Parallel Universes »
back to top