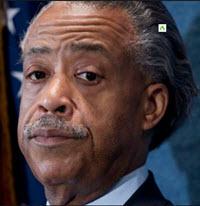 Should the black activists such as Farrakhan and Sharpton be criticized and even blamed for their words that they have uttered after the recent incidents in Ferguson, Brooklyn and elsewhere that some believe are directly related to rights and killings?

What type of respect should we give to “racial rabble-rousers”  such as Louis Farrakhan and Al Sharpton?

Are liberals and supporters of left hurting or helping the black cause for bringing up the past of slavery and Jim Crow?  These were some of the issues discussed on Tuesday during the last part of the weekly Bayoubuzz-WGSO radio hangout.

In a prior segment, one caller, named The Patriot emotionally made the case that the Obama administration has been coddling Sharpton despite his racial rhetoric, even allowing the political activist an open door to the White House.  Then, another caller, Liberal Dan, reminded the audience of the existence of slavery and the disruptions to the black community.

In this segment, Bayoubuzz publisher, Stephen Sabludowsky, is being criticized by the callers, for not drawing a direct connection between those comments by Sharpton, Farrakhan and others and the recent killings of two policemen in New York City.

Here is the video of that Google Hangout radio broadcast

More in this category: « Words matter in blacks, police conflicts A Christmas wish: Thawing the DC and the American political landscapes »
back to top