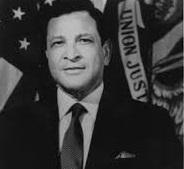 I drove down to New Orleans for a funeral service last week. I find myself attending a growing number of funerals each year as I get older and as and long-time friends pass away. I’ll turn 75 in May of this New Year, so my memorial visitations will no doubt continue and grow.  My trip last week was for a reinterment; a re-burial of an old friend who passed away 25 years ago this week.  His family wanted to rebury him into a new family tomb.

Dutch supported me in all of my statewide elections while he was living, including my unsuccessful race for governor in 1987.  After that defeat, we formed a New Orleans-Baton Rouge law firm along with a number of high profile attorneys including former Federal Judge Fred Cassibry.  Dutch held his own court on Monday nights during football season, where a number of local politicians would gather at the home of Dutch’s good friend and mentor, steel executive Jerry Glazer.  Besides football and good food, Dutch would keep the group laughing with his numerous stories of breaking the racial barriers in public office.

With much humor and gusto, Dutch relished telling of his first day at the state capitol in Baton Rouge as a new legislator.  Representatives have seatmates, with their two desks sitting side by side.  As chance would have it, Dutch sat right next to Representative Jesse McLain, who represented an archconservative district in southeast Louisiana that had been a hotbed of Klu Klux Klan activity.  Now Dutch was from a Creole background and quite light skinned.

Dutch told us that when he took his seat, Jesse leaned over and whispered: “Where’s that N…..? (Yes the N word.)  Dutch said he just smiled, looked around the room for a minute, then leaned over to Jesse, got right up in his face, and said: “You’re looking at him.” Then he burst out laughing.  A flustered McClain excused himself from the legislature for the rest of the day.

I played a minor roll in one of the major crises Dutch faced as New Orleans Mayor. Bus drivers were threatening to strike and shut down public transportation.  Dutch proposed letting other city employees temporally run the buses but physical threats were made.  So he asked then Governor Dave Treen to consider calling out the National Guard to drive the buses.  Treen was out of the country as was the lt. governor, so any order to call out the Guard fell on me, as Secretary of State.

Dutch kept negotiating and we talked by phone every few hours. When the talks with the bus drivers union hit a stalemate, Dutch asked me to fly to New Orleans from my home in Ferriday to issue the order. When I arrived at City Hall, you could have cut the tension in the air with a knife as pressures rose with Dutch and union leaders each threatening what might happen if the strike continued.  The existing contract expired at midnight, and with just a few minutes to go until the waning hour, the unions caved and accepted a new contract.  Dutch had won a big victory.

His son Marc followed his dad by serving two terms as New Orleans Mayor. He now is the CEO of the National Urban League based in New York City.  Dutch’s wife Sybil recently retired as a member of the Louisiana Blue Cross board.

Dutch Morial died too young at 60. His legacy is leaving behind a successful family and a long list of accomplishments in breaking racial barriers.  His re-interment last week, 25 years after his death, allows those of us who knew him well to celebrate a distinguished life and the loss of a good friend.

More in this category: « Scalise's David Duke-Knight controversy is not yet in the can Duke's group, not just any, for Scalise »
back to top