Duke's group, not just any, for Scalise 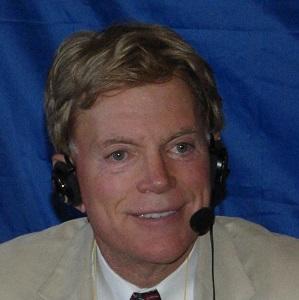 U.S. Rep. Steve Scalise’s claim that he did not know who he was talking to when he spoke to that meeting of the Workshop on Civil Rights hosted by the European-American Unity and Rights Conference (EURO) back in May of 2002 is coming unraveled like a cheap suit.

And so too, are the cover stories concocted by participants of that meeting who are trying to pull Scalise’s fat out of the fire.

And those accounts, with their unsavory associations and bizarre twists, constitute some of the most sordid stories imaginable, complete with bombing plots, pornography, escort services, mailing lists and dozens of politicians who subsequently went into scramble mode.

Mark Twain once said, “If you tell the truth, you don’t have to remember anything” and because of conflicting memories of those involved, the coverups appear to be spinning out of control.

Thanks to stellar investigative reporting by blogger Lamar White, Scalise’s position as House Majority Whip could go the same way as that of former Sen. Trent Lott (R-MS) who resigned his post as Senate Majority Leader following his association with a similar white supremacy group, the Council of Conservative Citizens (CCC). Lott resigned from the Senate five years later and now works, along with former U.S. Sen. John Breaux (D-LA) in the powerful Washington lobbying firm Squire Patton Boggs.

CCC and EURO have cross-pollinated over the years to the point where it’s difficult to distinguish one from the other with certain individuals having been—and remaining—members of both organizations.

One of those with just such dual membership is Kenny Knight of Prairieville.

Knight has publicly taken credit for issuing the invitation to Scalise to speak to the Jefferson Heights Civic Association at the Landmark Hotel in Metairie 12 years ago, but not, he said, to EURO, which was scheduled to meet in the same room later that day.

There are several problems with that story.

One, Scalise himself has made no such claim, choosing instead to plead ignorance that he was addressing a white supremacy group in 2002 while he was a member of the Louisiana House of Representatives. He makes no mention of any such civic association. http://www.businessreport.com/article/scalise-defending-amid-rising-scandal-regarding-2002-speech-white-supremacist-event

But claiming ignorance is a pretty weak defense given his comment years ago to New Orleans Times-Picayune reporter Stephanie Grace that he was “like David Duke without the baggage.”http://www.theneworleansadvocate.com/news/state/11213737-123/stephanie-grace-scalises-pitch-to

Duke, of course, was—and is—President of EURO and also addressed the Landmark gathering via teleconference hookup from Europe.

The second inconvenient snag in the failure to communicate (with apologies to the late Strother Martin of Cool Hand Luke) occurred when Knight told the Times-Picayune that he was not a member of EUROhttp://www.nola.com/politics/index.ssf/2014/12/david_duke_adviser_kenny_knigh.html

Barbara Noble, whom the Times-Picayune  said “was dating Knight” at the time of Scalise’s address (the implication being they might no longer be dating), backed up his claim. “Neither of us were members of EURO,” she said.

But while technically, Knight may not have a member of EURO, a quick check of the Louisiana Secretary of State’s corporate records reveals that he was not only a member of the organization’s predecessor, the National Organization for European American Rights (NO FEAR), he was the organization’s treasurer. (Duke changed the name to EURO after being sued for trademark infringement by No Fear, Inc.)

And what would be Noble’s motivation in having his back if she is a formergirlfriend?

failure to file its annual report with the Secretary of State, records show but both were listed as officers. Knight was the firm’s president she was vice president.

Southeast Solar Distributors likewise is listed as inactive by the Secretary of State. She was the company’s president and Knight its vice president when it was active, records show.

While she is not listed as an officer of T-Mart, Inc. of Prairieville, a telephone call to the business by LouisianaVoice reached her voice mail. Other active businesses in which the two are involved include Axcess Medical Clinic, Inc., of Prairieville (Knight is Director and she is Secretary) and Louisiana Men’s Clinic, Inc. of Mandeville (both are directors).

Louisiana Men’s Clinic is a facility that specializes in the treatment of erectile dysfunction http://louisianamensclinic.com/ while Axcess Medical Clinic appears to be an office complex for physicians owned by the pair.

Two months following Scalise’s address to EURO, Knight was on the Mississippi Gulf Coast representing CCC in its celebration after the Gulfport City Council voted to keep flying the confederate flag.

(Read the rest of this column on LouisianaVoice.com)

More in this category: « Remembering Dutch Morial, a man of Louisiana-firsts Manufactured Scalise outrage tells more about Louisiana left, Democrats »
back to top