GOP road to 2016 win passes through through Duke-Scalise fork 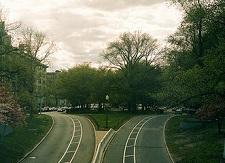 Poor Congressman Steve Scalise. He should be on cloud-nine having reached the pinnacle of political success by being elected majority whip in the Republican controlled congress.  But out of the blue, he is blindsided by a 28-year-old democratic blogger and law student who ties him to David Duke.  Scalise’s sin?  Accepting a speaking invitation 12 years ago when he was a state representative to a group (located in the district from where he was elected) that has close ties to David Duke.

A feeding frenzy developed with Democrats calling for his head (or at least his resignation), and conservative Republicans expressing outrage.  “Defense of this (last decade) racist action is disgusting and wrong,” bemoaned Sarah Palin.  Popular conservative syndicated talk show host Mark Levin lamented: “He's yet another example of what's wrong with the GOP and Washington. The American people are sick of it, and those who defend such awful establishment leadership are not doing either the GOP or the nation any favors. Scalise is another setback.”

David Duke, in a perverse way, must be smiling.  He’s back. In Duke’s world, it doesn’t matter what you say about him.  Just don’t ignore him.  He’s relevant again and part of the political discussion, good or bad.  To Duke, it doesn’t make any difference.

A number of Louisiana Republicans are walking on eggs in hopes of steering clear of this whole conversation.  Duke has made it clear that he’s ready to kick ass and name names.  He was blunt in warning that those jumping all over Scalise for his Duke ties may pay a price.  “If any of them, if they jump on this bandwagon, those who have asked for support from my camp–if they throw Scalise to the wolves in this thing as part of this lynch mob, you know, I promise I will go and absolutely out them because they are hypocrites.”

Duke first launched on the political scene in 1987 when he won a surprising victory for a Louisiana House of Representatives seat formally held by present U.S. Senator David Vitter, and later won by Scalise.  Then, in an unexpected turn of events, Duke found himself in a run off with former Governor Edwin Edwards, a philosophical opposite of Duke.  In fact, Edwards would quip on the campaign trail that the only thing he and Duke had in common was that they both were wizards under the sheets.

In the runoff, Duke was opposed by every political and civic persuasion around.  Republicans openly opposed his candidacy and espoused the popular bumper sticker, “Vote for the Crook (meaning Edwards), its important.”  The state’s largest newspaper, The Times Picayune, ran front-page editorials day after day bemoaning the disaster of a Duke victory.  In spite of this massive opposition, Duke carried 60% of the white vote.

So how could that be?  It came down to the message.  White voters were willing to forgive what Duke called “young man indiscretions” and embraced Duke’s platform.  And it’s the same platform Republicans in conservative districts across the country have embraced today.  Welfare reform, drug testing for food stamp recipients, the doing away with affirmative action program and quotas based on race, federal judges meddling in states rights, and major cutbacks in federal spending.

When Scalise told reporters that he was ”David Duke without the baggage,” it was a terrible choice of words, but he apparently was saying he agreed with Duke’s approach towards government policies.  And like it or not, a significant majority of white voters in Scalise’s congressional district, both now and 12 years ago, agree with both Duke and their current Congressman.

The problem Republicans have today is that they can control both Houses of Congress, but they cannot elect a president without “widening the tent.”  The GOP needs more Hispanics, African Americans and Asian voters to be successful on the national level.

Scalise will survive his current stumble in the political road.  David Duke will again fade off the national scene.  The problem for the Republican leadership is to find a way to maintain their conservative values, while still addressing the rampant poverty and class differences throughout American today.

Can they describe a road to economic opportunity that appeals to a growing number of minority groups across the country?  The GOP has its work cut out if they want to avoid the nation electing another Democratic president in 2016.

More in this category: « GOP: Adios to the three amigos: Bush, Christie and Romney, OK? Prince Andrew, Sarah Ferguson: Juice with the humongous rich and famous »
back to top