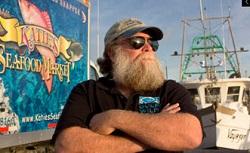 Our shorts comprises of whole or “slices” of press releases we receive that we believe our audience would love to taste.

Holiday Specials presented by Domino Foods, Inc. provides free admission to SoFAB one Saturday each month in December, January, February and March for Louisiana's kids and their families to visit and personally make traditional holiday treats. From 11AM-12PM on January 23rd, we'll be launching the Carnival season with a demo for Louisiana kids and their families. Kids will decorate doughnut king cakes in purple, green and gold frosting while learning the history behind the Mardi Gras colors and why there's a hidden surprise in each cake. We'll all celebrate like we're the Kings and Queens of Mardi Gras! For more holiday recipes, please visit  http://www.dominosugar.com/holidays-parties-gifts

Holiday Specials presented by Domino Foods, Inc. is Phase I of Celebrating 300 Years Of Sugar In Louisiana, showcasing SoFAB's unprecedented recognition of the sugar industry that generates over $2 billion annually for Louisiana's economy.

Hornbeck Offshore Services, Inc. (NYSE: HOS) announced today that it will release its fourth quarter 2014 financial results after the market closes on Wednesday, February 11, 2015. In conjunction with the release, the Company has scheduled a conference call, which will be broadcast live over the Internet, on Thursday, February 12, 2015 at 10:00 a.m. Eastern (9:00 a.m. Central).

Citing 2014 as a landmark year for the Gulf Seafood Institute (GSI), the organization’s Executive Director Margaret Henderson touted the year as a time for tremendous growth and groundbreaking successes in the organization’s recently published first annual report.

“This past year has proved to be a time of tremendous growth in terms of association membership, formalization of GSI’s organizational structure, development of our Strategic Plan, and, perhaps most importantly, huge strides forward in our work to become the leading advocate on behalf of the entire Gulf seafood community,” said Henderson in her director’s letter.

-          New Orleans native Donald Royal, who starred at St. Augustine, led the University of Notre Dame and crashed boards alongside Shaquille O’Neal for the Orlando Magic before coming home to lead the New Orleans Recreation Department

The event will be moderated by NBRPA President & CEO Arnie D. Fielkow, who previously served as New Orleans City Council President and Executive Vice President for the New Orleans Saints.

“I’m excited to return home for a very special event that brings two of my passions together – NBA basketball and my adopted home state of Louisiana,” Fielkow said. “In my role as President & CEO of the NBA’s official alumni association, I’ve had the good fortune of getting to know many of the greatest players in basketball history and what’s made them a success both on and off the court. Rudy, Donald and Aaron are true Louisiana Legends from our association – exceptional men both on the court and in life after the game.”

Dentons is sponsoring the event for its private guests as part of the NBRPA’s “Success Series.” One of the most compelling stories within the NBRPA is the number of successes that have taken place throughout the post-basketball careers of former professional basketball players. These success stories, told and untold, are now shared by NBRPA Members through the Legends Success Series. Whether at a community events reaching underserved youth, high schools, colleges or a corporate setting, NBRPA Legends –the greatest players in basketball history –are uniquely equipped to inspire diverse audiences with the secrets of their on-and off-court success.

On Tuesday, January 20, 2015, the third and final phase of the BP oil spill civil trial will begin in New Orleans. This concluding portion of the trial will determine how much BP will be required to pay in Clean Water Act fines for its role in the 2010 Gulf oil disaster.

“Nearly five years after the oil disaster, the people and wildlife of the Gulf Coast still wait for justice. For 87 days, BP dumped more than 200 million gallons of oil into our Gulf, contaminating our marshes and beaches and jeopardizing wildlife ranging from brown pelicans to sperm whales. But the oil giant has yet to take full responsibility. BP has dragged out litigation in the courts, challenging every decision only to have each decision against them confirmed by higher courts.

“Despite claims that it would ‘make it right’ in the Gulf, BP has, for the past five years, waged a public relations war focused on blaming everyone else and denying sound scientific research showing ongoing impacts from the oil disaster. The effects of the oil spill are far from over and may not be fully known for years, or even decades, to come.

“Now the court has the opportunity and responsibility to make it right, to hold BP fully accountable for the damage done to the Gulf and to assign the maximum penalty to BP for its gross negligence. The outcome from this decision must send a clear and powerful signal to every other operator in the Gulf: deep-sea drilling is risky business, and they must protect their employees, our communities and our ecosystems. BP chose not to do that, so they deserve to pay the maximum fines allowed by law.

“Through the RESTORE Act of 2012, Congress paved the way for the Gulf’s recovery by ensuring that 80 percent of the Clean Water Act fines BP will pay will be reinvested into Gulf Coast restoration. But that restoration can’t begin until this case is resolved and the legal wrangling ends – and BP remains the principle barrier to much-needed funding going to vital restoration projects.

“Holding BP fully accountable for the 2010 Gulf oil disaster is the fair and right thing to do for the Gulf’s ecosystems and economies. We are hoping, after five long years, that justice is close. The Gulf has waited long enough.”

When you're coming up with New Year's Resolutions, it's important to remember not only to resolve to do new things (we swear we're gonna head to the gym one of these days), but to keep it up with stuff you're already doing pretty well on. We here at 504ward have not forgotten that, which is why we're bringing back the 504ward Restaurant Night in 2015. Restaurant Nights, which brings together smart, awesome young people (and established Connectors) for incredible, affordable meals at some of the best restaurants in the city, weren't broken. So we ain't fixing 'em.

Our first Restaurant Night of 2015 has us heading to The Fountain Lounge at The Roosevelt Hotel on the night of Tuesday, January 27th. Cocktail hour starts at 6 p.m. and dinner will be served at 7 sharp. The ambience will be incredible, and the food, well, how's this sound: a starter of crispy brussels sprouts in a miso-honey dressing, followed by a crispy kurobuta pork belly with a crawfish and country ham ragut, finished off by a warm valrhona chocolate brownie with amaretto-caramel ice cream. Y'all. Come on.

The cost, per usual, is $30 all in, tax and tip included. Because of the high demand of these things, we ask that you sign up here and we'll let you know by Tuesday if you snagged a spot at a table. These are some of our favorite events we do here at 504ward, and if you haven't been to one before, there's no excuse. Come, eat some ridiculously good food, meet some awesome people, and hang with us. What could be better than that?

LATAN (Louisiana Assistive Technology Access Network) is hosting a one-hour informational session that includes a tour of our Assistive Technology Device Demonstration Center on January 21, 2015 from 12pm-1pm at our Baton Rouge office. A complimentary light lunch will be  provided.

This is a limited seating event designed to introduce you to LATAN and increase your awareness of assistive services available for individuals who live with a disability or functional limitations due to aging. No donation requests will be made. RSVP Requested.

We look forward to seeing you.

RSVP by January 15 to guarantee your spot.

More in this category: « Prince Andrew, Sarah Ferguson: Juice with the humongous rich and famous The Scalise-Duke Controversy: Interview with Lamar White »
back to top