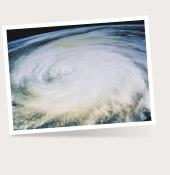 Now that it is one week after Isaac smashed into Louisiana, it is time for families, friends, volunteers, insurance companies and government to pick up the pieces.
Pieces are not the only thing that will be picked or even scooped up.
In the Florida Panhandle, massive piles of sand have created canyons, even inundating the road.
Insurance battles are beginning to brew as victims are being told in some cases that the insurance adjusters might not be able to get to them for days or weeks which, to the Isaac victims, is eternity.
Then, there is the dead fish scene in South Louisiana cajunland due to reduction of oxygen in the water during the Hurricane Isaac storm.

The words SNAP and DSNP are now being thrown about in the news and in the public domain to middle class families who have had no use for food stamps or disaster food stamps in the past.
And for those who have never seen a flood scene post storm, many residents of LaPlace, a city totally not used to the woes of throwing out carpets, refrigerators, walls, are going through the traumas that so many others felt during Katrina.

Panhandle Sand
Florida Panhandle officials are still clearing massive piles of sand pushed ashore by Hurricane Isaac over roads through Gulf Islands National Seashore.
Officials had hoped to reopen the Pensacola Beach park this weekend. The sand cleared so far has created a canyon of sand 8 to 10 feet high.
Park Superintendent Dan Brown told the Pensacola News Journal ( http://on.pnj.com/RXkIce) on Friday that sand still blocks parking lots and half the road into the park in Pensacola Beach.
A 7-mile stretch of road between Pensacola and Navarre beaches also was covered with sand in many places. Officials say the roadway will remain closed for repairs for at least two months.
Isaac made landfall Aug. 28 and soaked the Gulf Coast for days afterward.
http://www.miamiherald.com/2012/09/08/2991679/sand-left-by-isaac-covers-panhandle.html

Insurance battles
The battles with insurers are just beginning for those who took the wrath of Hurricane Isaac head on. New Orleans was not hard hit, but federal levees and flood walls built following Hurricane Katrina sent ample water elsewhere. CBS' August Skamenca introduces us to one woman who suggests how the aftermath is being handled in the political scene is much different than what she's seeing at the personal level.
http://soundcloud.com/cbs-radio-news/best-of-cbs-radio-news-isaac-1

Dead fish
Thousands of dead fish are littering bayous in Lafourche and Terrebonne parishes, casualties of oxygen depletion caused by Hurricane Isaac.
The Courier reports the kills, common after hurricanes disturb organic matter in local waterways, are not expected to pose a threat to drinking water supplies.
“We began seeing thousands dead pogie bait and fish of all sizes floating in the water. What alerted me to this were all the seagulls flying in the back of our home,” Janice Hamilton of Montegut said after the fish surfaced last weekend. “They were feasting on all the carnage.”
In Lafourche Parish, kills have been reported from the Assumption Parish line down the bayou to Lockport this week, said Archie Chiasson, manager of the Bayou Lafourche Freshwater District.
Kerry St. Pi, director of the Barataria-Terrebonne National Estuary Program, said thousands of dead fish have been found in area waterways and lakes but added it happens after most major storms and is because of a lack of oxygen in the water.
http://www.arkansasonline.com/news/2012/sep/08/isaac-leaves-behind-dead-fish-bayous/

Laplace waterlogged
Pic: This scene is repeated on street after street in LaPlace-- people's waterlogged belongings on the curb. #Isaac #fbpic.twitter.com/ByLjJgDS