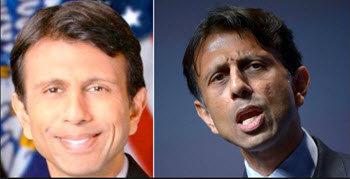 The two faces of Louisiana Gov. Bobby Jindal continued today as he delivered his own ”state of the Islamic Union” address in London.  He has told the world that immigrants should assimilate into the mother country rather than cultivating their own culture and religion.

For a man who preaches religious liberty at every turn,  he has been putting on quite a show.

Jindal gave that speech to the Henry Jackson society in London. An advance copy of the speech has circulated now for days and has made its run through many of the conservative publications around the world.

The international face of Bobby Jindal (formerly Piyush Jindal)  is attempting to show that he has the bonafides to be our next world leader.   He has been quick to tell Islam that it has a problem.  He has blasted the existence of  “no-go zones” of culture in England and France which presence actually do not exist (while even Fox News has declared and apologized claiming they do not exist).  Despite the prior acknowledgement by the network that the cells do not exist, he stated they do but can give no specifics.   Nonetheless, his message, is playing quite well in the conservative circles as he prances on his so-called “economic development trip” which surely must be helping him rake in some pretty pennies for his own presidential campaign economies.

To show that his message is “right on” and resonating, the Jindal administration today circulated a conservative publications opinion as testimony that the presidential hopeful possesses brilliant foreign policy credentials. 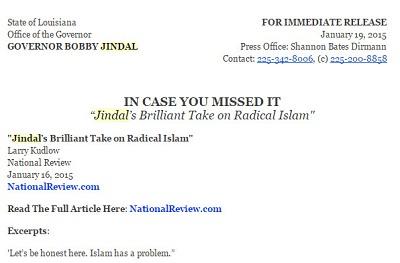 But, for the people paying the freight, the Louisiana taxpayers, the Dorian Gray face of Bobby Jindal the Governor is turning darker and uglier daily as each sun fades.

Back at the home Capitol on the range, seldom an encouraging word is heard and the budgetary skies are cloudy all day.

The governor’s eighth and last year in office so far is a catastrophe.  In the past, he has been able to rob Peter to pay Paul but right now, Peter is dead broke and is competing with the homeless under the interstates.

His ruse of budgeting schemes are coming home to roost.

The state is looking at cutting another $300 million from higher education which could put Louisiana public education further into the dumpster with cuts of over $1 billion since he first took the oath of office.  As Mark Ballard of The Advocate declares, the budget is going from bad to worse, as is our public higher education.

For the next fiscal year, Louisiana faces anywhere from a 1.2  to  $2 billion budget hole that needs filling.

For a governor who went on the chamber circuit early in his tenure, claiming that the “Louisiana Way” of budgeting was superior to that of “Washington Way”,  the state infrastructure is facing a wayward mess.  The governor’s practice of mortgaging the state’s future so he can claim that Louisiana has been an income-tax-increase- free- zone throughout his administration has hit default.   Such a government budgetary practice might please the likes of Grover Norquist and gang, but it is making an abysmal mess to the state’s health care and education system.

While Jindal will continue on his presidential promotion in Europe and then during his upcoming political-religious circus “The Response” being hosted at the LSU campus later this month, the face that he presents to the adoring national conservatives, the mindless media and the religious-right is totally different than the realities that the citizens of Louisiana are sadly and bravely facing.

Jindal is fast to accuse other religions of having a problem, yet, he religiously ignores the  problems to those in the state is need.

But who knows, just maybe when he is in front of the ministers and their flock, he will say a few prayers for the future of Louisiana.  He obviously has no answers other seeking a bailout from a higher source.

And, Lord knows, we surely can use a few, given the AWOL status of the man who is assimilating quite well on the national stage while his state continues to face budgetary hell of his own making.

More in this category: « Battle of New Orleans 2015, Landrieu’s crime-war zone, marches on Louisiana education: how to survive the crises budgets »
back to top