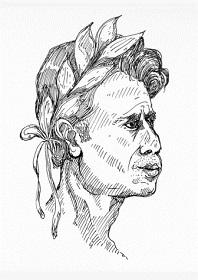 Bobby Jindal is easily the worst governor in my lifetime, and arguably, one of the worst governors in the history of the state of Louisiana. I have used my pen and my voice to criticize his policies and priorities on numerous occasions. But nothing he has done while in office compares with his upcoming “prayer rally” at LSU, which is scheduled to take place this coming Saturday.

What’s wrong with prayer, someone might ask? I am a Christian. I believe very much in the power of prayer. In other circumstances, I welcome people gathering together calling upon God to pray for our state and our nation. But it appears obvious that that is not what this rally is about. “The Response” looks little more than the thinly veiled launch for the farcical, delusional, narcissistic exercise in fantasy also known as the Bobby Jindal presidential campaign. Partnering with the American Family Association (the same outfit who sponsored a “prayer rally” in 2011 in advance of Texas Gov. Rick Perry’s spectacularly unsuccessful presidential bid) removes any doubt that this event is removed from politics. The governor and his political allies want to use the rally to excoriate America for its moral decay (defined narrowly as support for abortion rights, same sex marriage, and other pet conservative moral causes). While trumpeting the talking points of his Christian conservative, Duck Dynasty social vision, the sad truth is that it is Governor Jindal’s record that is the moral outrage. Jindal’s mendacity in calling for a “prayer rally” at LSU is breathtaking. In doing so, he likens himself to an Old Testament prophet like Elijah or Jeremiah; but unfortunately, his policies more closely resemble the Roman emperor Nero than King David, the ruler the Bible describes as a “man after God’s own heart.”

No governor in Louisiana history has been more fiscally irresponsible than Bobby Jindal. When he took office in 2008, he inherited a $2 billion surplus. Within a year’s time, he had turned the largest surplus in Louisiana history into a deficit. While Louisiana was affected to some degree by the national recession, its impact paled in comparison to the consequences of the unforced errors of 2008 when Jindal and the legislature enacted massive tax giveaways (including the ill-advised decision to undo the Stelley Plan passed by the voters in 2002 that had contributed much to stabilizing Louisiana’s finances). When the national economy tanked, the administration stubbornly refused to admit that they made a mistake: instead, they used the fiscal “crisis” that their policies had created to pursue a radical agenda to gut state government by privatizing large chunks of it to his corporate friends and political contributors (In fact, Jindal’s entire tenure has been characterized by keeping us in a perpetual sense of crisis in order to cajole the political establishment to implement his simple-minded, extremist vision for the state.) .  But he has stubbornly refused to raise revenue of any kind – despite overwhelming evidence (such as midterm budget cuts in six out of the seven years of Jindal’s administration thus far) that Jindalnomics does not add up. Instead, they have scrounged through virtually every trust fund and reserve throughout state government to conceal the plain fact that Jindal’s budgetary policies produce hopelessly unbalanced budgets year after year.

One of the most egregious examples of Jindalnomics has been the devastating cuts that have been visited upon higher education in the last seven years.  The official numbers that are cited in the newspaper are $700 million in cuts to higher education, but the true numbers easily exceed $1 billion. These cuts make Jindal’s choice of LSU as the site to hold the prayer rally tantamount to blasphemy. These figures do not include the unfunded mandates that the Jindal administration has placed on the universities that the state used to pay for (such as the institution’s share of the risk management pool, any “step” increases for civil service workers, etc.).  The administration also dishonestly includes tuition increases (which have gone up more than 60% since Jindal took office) as part of the universities’ appropriations when in fact these increases are the state’s way of shifting more and more of the cost of higher education away from the taxpayer and onto the backs of students and their families.

And if that wasn’t bad enough, Louisiana’s part-time governor is proposing another $200-300 million in cuts to higher education on top of the damage that has already been done. It is hard to understate the impact that cuts of this magnitude will do to our colleges and universities. Many of our institutions are already barely holding on as it is. No institution has been immune – not even mighty LSU. “The Old War School” has lost scores of its top flight faculty to other states who take higher education more seriously than Louisiana; these professors have taken millions of dollars in grant money with them. LSU President F. King Alexander, for example, is trying to find money to hire more faculty in the petroleum engineering department in order to keep its accreditation. Remember, this is supposedly the flagship university of the state of Louisiana (not Southern, or Nicholls State, or Northwestern in Natchitoches) which possesses a program vital to its economic vitality that is “hoping” it can hire enough people so that the accrediting agency doesn’t snatch their accreditation! Multiply those problems several-fold for the state’s smaller schools  that are not blessed with the private donor base and the political connections of LSU and one begins to appreciate the carnage that the budget cuts in recent years have visited upon Louisiana higher education. Cuts this deep will simply force several institutions to close, and could permanently cripple the institutions that survive for years, if not decades, to come.

And is Governor Jindal here to provide any leadership to help us solve this problem? Fat chance! Instead of being here in Louisiana, our governor is in Europe making a complete fool of himself talking about make-believe Muslim “no-go zones” (repeating talking points that even Fox News had to disavow) and pushing “economic development” opportunities for Louisiana. It never seems to occur to him that allowing our state’s higher education system to implode might be a significant barrier to convincing foreign capitalists to move new, high-tech businesses to Louisiana. Meanwhile, he’s left lawmakers in Baton Rouge to grapple with trying to craft solutions to the state’s budget while he continues to entertain Looney Tunes-like visions of the White House in his head. Hence, that is why I compare Jindal to Nero who famously “fiddled while Rome burned.” In the timing of his overseas trip, Jindal has once again sacrificed the best interests of the state to advance his own personal ambitions.    He has the audacity to criticize Hillary Clinton (the overwhelming favorite to win the Democratic nomination for president in 2016) with no apparent regard for the fact that even in the highly improbable likelihood that Jindal were the nominee of the Republican party, he would be favored to lose the state of Louisiana to Hillary Clinton. Alas, self awareness does not appear to be one of the governor’s strong suits.

What is worse, there’s little chance that the governor will be of much help once he eventually returns from Europe. He continues to oppose any legislative solution that solves the current crisis by raising taxes – again, completely ignoring the evidence that his version of “supply side economics” and austerity have not worked. Therefore, the governor’s intransigence continues to be the most significant roadblock to progress. His term in office can’t end soon enough.

Fortunately, there is a counter-rally at Southern University on January 24 that is worthy of support. This event is sponsored by a group of area pastors who want to draw attention to the moral crises that Jindal doesn’t see in his righteous breast-beating – the 242,000 Louisianans who would have health insurance if he would accept Medicaid expansion, the devastating cuts to higher education, mass incarceration and Louisiana’s distinction as the prison capital of the world, and so forth.  It will be held at the F.G. Clark Activity Center from 10:00 a.m. to 4:00 p.m. Jesus exhorted his followers to take care of the “least of these” in Matthew 25, but Bible Thumping Jindal has instead sided with the interests of corporate power over those of ordinary citizens  time after time, turning the Gospel message on its head. It is time for people of faith to take a stand against the cynical, hypocritical hijacking of the Christian faith for narrowly partisan purposes.

Image above from The Lens

More in this category: « Jindal fights back on No-Go-Zones, trying to set record straight Jindal fools no one but himself with London "no-go zone" embarrassment »
back to top