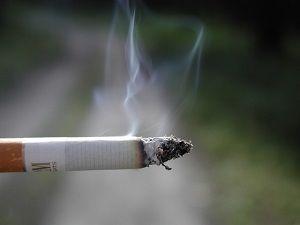 Whether it ends up a tipping point for the remainder of Louisiana, at the very least the moderate-ranging smoking ban to begin in New Orleans this spring is significant.

Last week, the City Council passed it along to Mayor Mitch Landrieu, who is expected to sign it. Slightly watered down from the initial draft, it bans smoking in all indoor public places and even a few outdoors, except where smoking accessories are made or sold and in private homes. Significantly, this exceeds in reach state law on the matter.

The question now is whether this will have an impact statewide. New Orleans arguably is the largest city in the state and certainly part of the largest metropolitan area, and the most tolerant, until now, of a smoking culture. Now with perhaps the least likely and largest of places in the state for a local government having exercised its powers given to it by the state to protect the health and safety of the public, possibly this could burst through remaining resistance at the state level for a similar kind of ban as some other states have legislated.

Probably not, at least in the short term. Chances are that various lobbies – tobacco, restaurants, but particularly casinos – can run successfully enough the argument that the state law should serve as the minimum standard and if, like New Orleans, Alexandria, Ouachita Parish, etc., local governments wish to go further, they will – a self-serving argument because these more effectively can concentrate resources to discourage such laws on locations rather than statewide. Over the long run, the tide continues to recede in favor of smoking in public, as less than a fifth of Americans now do it, and more and more state and local governments have begun to restrict the practice further and further. Eventually, that should catch up to Louisiana at the state level.

As well it should. While all of arguments based on civil liberties, civil rights, and economics affirm the prevention of smoking in public places, the most parsimonious justification is that in places of public commerce people have a right not to be interfered with by a voluntary activity practiced by others that at the very least is obnoxious, and at worst, for the unlucky few whose physical conditions disallow them the luxury of choosing to react in any other way, is life-threatening. Why should a minority be allowed to create “no-go zones” that inconvenience many and physically sicken others? What right do business owners have to restrict commerce (and employment opportunities) in this fashion?

Such regulations do not fall under some “nanny state” rubric, where the state overregulates because it wants you not to practice something its thinks is harmful to yourself, but instead genuinely protects the liberty of others who are negatively affected by the behavior of smoking (and, medical science suggests, yourself as well). If it’s left up to the right of that minority that voluntarily wishes to smoke versus the right of the majority that involuntarily must endure it or be put into respiratory distress because of it, and therefore the two cannot occupy the same at once, prudence dictates that the smaller number who voluntarily provokes must acquiesce to the greater who have not acted in a way to instigate others’ discomfort.

Louisiana ideologically has a conservative public and this decision’s upholding the right of noninterference that prevents the negative consequences of someone’s life choices to be asserted onto others fits neatly into that. At the same time, old cultural totems don’t fall easily. Whether this tips other local government towards similar laws or within a few years becomes replicated at the state level is uncertain. But it certainly creates significant impetus in that direction, likely to the point of inevitability.

More in this category: « Louisiana Polls: Governor, US Senate, Attorney General races Louisiana at road's fork with economy, budget »
back to top