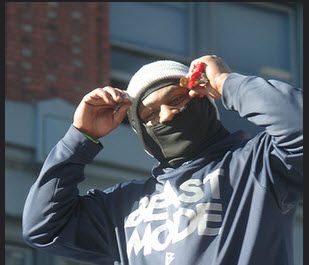 Our modest attempt at literature is not only intended to inform but to educate our readers. Today’s lesson is about certain Sporting Absolutes that periodically arise with the persistence and joy of Type A flu. These are things that are bad but people in and around the games persist in doing them anyway. For example, a Sporting Absolute with local impact is: Never wear the opponent’s colors into LSU’s Tiger Stadium. You will be abused, threatened and possibly assaulted. That one comes from personal experience.

The Sporting Absolute of today's seminar was on full display Sunday during Super Bowl XLIX. If you saw the game, you know the one I’m talking about: Offensive coordinators outsmart themselves far more than they outsmart their opponents. Regular readers know that has been one of my ongoing themes, that no matter what has been working for an offense, the coordinator is thinking to himself: “We’ve been gaining large chunks of yardage by running the ball, so they won’t expect us to throw a pass!” Huh?

I always thought the object of the game is to gain as many yards as you can with every play. So what if the other team knows your running back is going off tackle? If they haven’t stopped it yet, they probably won’t stop it again! Vince Lombardi took pride in his Packers' simple offense. We don't care if you know what we are going to do. If we execute, you can't stop us!

The Seattle Seahawks ignored that sage advice Sunday when, with second down and goal to go and 26 seconds left in the game, they incredibly ignored running back Marshawn Lynch and decided to throw the ball. Naturally, it was intercepted, and the game was over. Seahawks offensive coordinator Darrell Bevell should wear a dunce’s cap until the 2015 regular season begins for making the call that cost his team the Super Bowl, but his explanation was even more vapid. He said the call was made with the game clock in mind. What? Puh-leeze explain that one to me?

"We were conscious of how much time was on the clock and we wanted to use it all," Bevell said. "It didn't turn out the way I hoped it would.” I don’t get that! If I want to use all the clock, I will hand the ball to Lynch. If he makes it, we have the lead and 20 seconds to kill. If he gets stuffed, we’ve used up half the 20 seconds, and we can either give it to him again or then throw it. Giving Marshawn Lynch two chances to get one yard sounds like pretty solid strategy to me. But apparently, not to Bevell.

Head coach Pete Carroll’s explanation was even more confusing: "We were going to run the ball in to win the game, but not on that play," Carroll said. Huh?  "I didn't want to waste a run play on their goal-line guys. It was a clear thought, but it didn't work out right. The guy [Malcolm Butler] made a play that no one would have thought he could make." Butler told reporters after the game that Wilson's pre-snap actions gave him an inkling that the Seahawks were going to throw on that play. "I saw Wilson looking over there [toward the receivers]," Butler said. "He kept his head still and just looked over there, so that gave me a clue. And the stacked receivers, I just knew they were going to throw. My instincts, I just went with it, just went with my mind and made the play."

And the Patriots are world champs, while Darrell Bevell outsmarted himself and became a world chump. But then, Saints fans are accustomed to such offensive creativity. I was watching the game with family members, and after the deciding play, one of them said: “Sean Payton probably would have thrown the ball, too.” Maybe, but not with second-and-one and 26 seconds left in a Super Bowl!

More in this category: « The road Team Jindal will travel to live in the White House Louisiana Business head Waguespack says speak softly can pack a wallop »
back to top