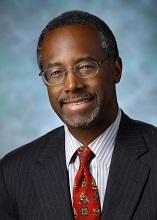 You don’t always have to be loud to make a lot of noise.

Last week, the Louisiana Association of Business and Industry (LABI) kicked off our 40th Anniversary with our 2015 annual meeting in Baton Rouge. Joining us to focus on our meeting’s theme of “Sustainable Growth in a Global Economy” were over 1,000 Louisiana business and political leaders.

In the morning, our panel of experts included Calvin “Cal” Dooley, president of the American Chemistry Council (ACC); Ross Eisenberg, vice president of Energy and Resources Policy for the National Association of Manufacturers (NAM) and Stephen Moret, secretary of Louisiana Economic Development Department (LED). All effectively broke down the critical federal and state issues that impact Louisiana’s economic growth potential. This wide-ranging discussion was informative and quite relevant, considering the chemical and manufacturing boom taking hold here in Louisiana.

The demeanor of Cal Dooley was quite interesting. As president of one of the largest trade associations in the country, Cal is a strategic and substantive speaker who is highly regarded in Washington, D.C. and revered for his ability to effectively represent the chemical industry. Prior to taking over ACC, he was a Democratic Congressman in the 90s and early 2000s, and was well known in those days for his down-home, folksy leadership style.

He was part of a group known then as the “Blue Dogs,” a collection of moderate Democrats who would often side with Republicans to support conservative policies in Congress. The group was not usually loud and boisterous, but would often provide the critical final votes to advance much of the agenda passed by the Republican-controlled Congress of that time. These days, most of those members have been replaced with much more ideological policymakers, leaving the quiet but influential role of the Blue Dogs much less impactful in today’s Congress.

Next, after our panel of experts wrapped up their discussion, Dr. Ben Carson spoke to our crowd. If you have not yet heard Dr. Carson’s personal story, it is one worth knowing. Growing up poor to a single mom in inner-city Detroit, Dr. Carson fought through trouble and adversity to excel at Yale and then the University of Michigan Medical School on his way to becoming director of pediatric neurosurgery at Johns Hopkins Medical Institution at age 33. From there, he led the team that first successfully separated twins conjoined at the head.

Upon his retirement from medicine, he made national headlines a few years ago for giving a strong speech critical of Obamacare, while standing next to the President at the National Prayer Breakfast. Dr. Carson is a smart and compelling figure, especially for the paradox in that he is known for being both soft spoken and bold, and at times even politically incorrect. His voice is soft and his mannerisms are gentle, even though when asked his position on political correctness his response was, “It’s a bunch of crap.”

In addition to taking a tough line on many of the issues of the day, he also speaks openly to the importance faith has played in his life. He says one of the most important things we can do is “bring God back into our society” and credits God, rather than bureaucratic assistance, for giving his mother the strength and wisdom she needed to raise her two children as a single mom.

Speaking of a bold and soft-spoken speaker embracing his faith, one of the strongest and most inspiring voices I have ever heard passed away quietly this week. The Reverend Than N. Vu passed away at the age of 56 after a long battle with cancer. Father Than was born in Saigon, Vietnam, and eventually made his way to Baton Rouge in 1975. By the early 80s, he was ordained and went on to preach throughout the Capital Region his entire career.

He was a devout man of faith who opened every sermon with a joke and preached in a way that spoke to adults and children alike. He took a light-hearted approach to deliver inspiring messages to many serious subjects through the years. His powerful messages would capture the hearts of his congregation while his quick wit would make them all smile. A small man in stature with a quiet tone, his impact will leave a lasting legacy.

Father Than’s mission statement ends with the following message: “I will approach life with a spirit of openness, speaking less and listening more, taking the risk of being changed by new paradigms. In all ways, I strive to live with honesty, integrity, simplicity and humility.” More than just words on a paper, this was how he lived his life.

Different leaders use different tactics to make their presence felt. Some leaders loudly bark to make a lot of noise to draw attention to their message, while others rely on a folksy charm, gentle tone, endearing story or quick wit to make their point. Regardless of the method used, never forget that those who employ a more subtle approach to message delivery are more than capable of delivering a loud message and a booming impact.

More in this category: « Seahawks' mountain of excuses not giving ball to beast mole Lynch David Duke rises from the political dead, takes on Scalise? »
back to top