David Duke rises from the political dead, takes on Scalise? 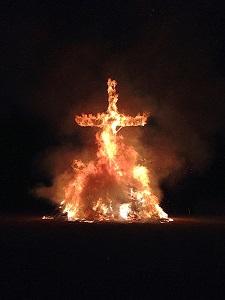 U.S. Rep. Steve Scalise, R-Metairie, has been busy trying to put behind him the controversy which developed when it was revealed that he spoke in 2002 before a white supremacist group founded by former Ku Klux Klan leader David Duke.

The revelation became national news because Scalise is the number three ranking Republican in the U.S. House of Representatives. He has pretty much weathered the storm – so he thought.
But in the process, the controversy seems to have resurrected Duke, who has been out of the public eye for quite a while. Duke entered the picture because Scalise was quoted as saying back then that he was David Duke without the baggage.
While Duke stood by Scalise initially, he has now reversed his position, saying that Scalise should resign and if he doesn’t he may run against him. He went on to call Scalise a “sellout” for apologizing for speaking to the European-American Unity and Rights group (EURO), a white supremacist group founded by Duke.
Duke’s comments were made on Louisiana’s Jim Engster radio show last week and has been hot news with the media, websites, and political blogs.
Duke noted that the New York Times admitted that the Republicans got control of the U.S. House by espousing his views., such as opposition to massive immigration reform and advocating welfare reform.
“The difference is with someone like me Steve Scalise or David Vitter, you know the prostitution king, is that I did not sellout. I’ve never sold out,” Duke ranted.
He went on to say, ...”he (Scalise) can’t meet with members of his own district who have opinions like I have, but he meets with radical blacks who have total opposite positions from him.”
Scalise has to be feeling he can’t win for losing. Just when he thought the controversy was behind him, Duke emerges and begins to fan the flames.
One pundit opined that Duke’s threat to run against Scalise should not be taken lightly because he still has a sizable following in the state. It would make for a very interesting election, to say the least.
For now, Duke is enjoying his brief time in the media spotlight.