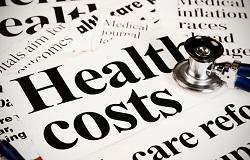 Louisiana governor Bobby Jindal entered the vaccine debate which has generated much discussion online and within conservative radio circles as well as among likely Presidential candidates such as Rand Paul and Chris Christie, both who have argued in favor of parental choice, with Paul favoring more free choice.

Governor Jindal said, “I urge all parents to get their kids vaccinated. Vaccinations are required for children to attend public school and pre-K. Just about every private school requires vaccinations. Here in Louisiana, we actively encourage vaccinations and help low-income families vaccinate their children.

“I worked in health care for a long time. I have no reservations about whether or not it is a good idea and desirable for all children to be vaccinated. There is a lot of fear mongering out there on this. I think it is irresponsible for leaders to undermine the public’s confidence in vaccinations that have been tested and proven to protect public health. Science supports them and they keep our children safe from potentially deadly but preventable diseases. Personally, I would not send my kids to a school that did not require vaccinations. Vaccinations are important. I urge every parent to get them. Every one.”

Buisson Creative was among the nation’s top honorees this week at the Annual Reed Awards created by Campaigns & Elections Magazine.
Buisson Creative won three Reed Award first place honors and was named as a finalist in seven media categories making the company the most recognized political media firm from Louisiana at the national awards show. More than 3,000 entries from across the nation were judged by some of the top political consultants in America. Buisson was honored for “Best Printed Communication in a Mayoral Campaign” for a mail piece for Mayor Mike Yenni titled “Progress”. Buisson also won the trophy for “Best Radio for a Mayoral Candidate” for Michael Bagneris for Mayor. And, for the comeback campaign of the year, Buisson was honored for “Best Communication” for its campaign for Eric Skrmetta for Public Service Commission.

The Reed Awards, named after Campaigns & Elections founder Stanley Foster Reed, embody excellence in political campaigning, campaign management, political consulting and political design. The awards are intended to showcase the latest techniques and talent in the political media business. The awards were presented earlier this week at the Wynn in Las Vegas. Buisson Creative is led by political media strategist Greg Buisson.

As an apparent response to charges of abuse by the parish's former DA, a change in policy at 22nd Judicial District DA’s office has been made regarding outside civil law practice for Assistant DA’s.

The press statement said, "There has been a change in policy in the Office of District Attorney for Washington and St. Tammany Parishes. Effective immediately, there is a temporary ban on Assistant District Attorneys’ accepting any new outside civil matters to provide legal services or consulting.

While this is only a temporary policy, it is our District Attorney’s intention to scrutinize the policy of allowing an outside civil practice by Assistant District Attorneys and to establish a permanent policy in the foreseeable future."

While the Jindal administration is promoting a new model of healthcare for Mid City Baton Rouge, the Louisiana Democratic Party has taken issue with the administration's handling of affairs.

From Louisiana Department of Health and Hospitals

Today, the Louisiana Department of Health and Hospitals (DHH), along with leaders from Baton Rouge General Medical Center (BRG), the Baton Rouge Area Foundation (BRAF) and Our Lady of the Lake Medical Center (OLOL), announced plans to collaborate on a new model of health care for Mid City Baton Rouge. The plans will include the expansion of the LSU Health Baton Rouge urgent care clinic on N. Foster Drive and the creation of a temporary clinic location to support the needs of the community at some point following the closure of BRG's Mid City emergency room (ER) and clinical redesign of services. Collaborators agreed to conduct a study of the long-term potential for the campus as a viable healthcare asset in the Mid City Baton Rouge community.
Over the next several months, the BRG and BRAF will collaborate on a study of the long-term sustainability of the campus. At the same time, the State and OLOL will evaluate the need and scope of a permanent new urgent care facility near the BRG Mid City campus. The State has committed to supporting the construction with Capital Outlay funds, starting with a study of the available facilities near the Mid City campus that would be available for conversion to a permanent site.
DHH will also work closely with the BRG, BRAF, OLOL and community partners to conduct the necessary community education and outreach surrounding the transition.
"We are pleased to be part of this collaborative effort between the Baton Rouge General, Baton Rouge Area Foundation and other community partners to maintain services in the Mid City area while planning for the long-term sustainability of this health care facility," said DHH Secretary Kathy H. Kliebert. "Health care options must evolve to match the needs of the community and we believe that the changes announced today are part of that evolution."
"We've left no stone unturned as we've sought solutions that would allow us to keep the Mid City ER open," said Baton Rouge General President and CEO Mark Slyter. "Though closing Mid City ER doors, the care and commitment to our Mid City community remains strong. We look forward to continuing to work with the State as well as community providers to utilize our Mid City campus in a manner that preserves our vital community asset."
"We are currently working with the Baton Rouge General and Our Lady of the Lake on the Baton Rouge Health District project," said John Spain, executive vice president of the Baton Rouge Area Foundation. "We will continue to work with these partners and other community stakeholders to resolve the challenges of providing health care services to the Mid City community."
As part of the transition plans, Baton Rouge General expressed support for the collaborative plans late yesterday, following their Board's decision to close emergency room operations in Mid City in the next 60 days. The State provided additional funding to BRG as reimbursement for the care provided to the uninsured in the summer of 2014, which allowed additional time for the BRG and community members to ability to craft this long-term plan. In that time, the Mid City ER continued to experience high volumes of uninsured patients and unsustainable levels of financial losses.
Thoughtful internal planning and community meetings regarding the realignment of services at the hospital-and its impact on staff-will take place throughout the coming months. BRG will also focus its efforts on communications with patients and their families, staff, physicians, volunteers, neighbors and friends of the hospital about transition plans, including education about appropriate utilization of and access to care.
BRG has committed to work with BRAF and other partners to identify an industry consultant to study the long-term potential of the campus for preserving this vital community asset.
The LSU public-private partnerships serve as the primary access point for care for uninsured residents in Louisiana. The new model of care is comprised of the full complement of healthcare services including primary, specialty and surgery services.
In April 2013, the initial LSU Health Baton Rouge Urgent Care Center opened at the North Baton Rouge facility on Airline Highway. Today, that facility sees an average of 120 patients per day. In December 2014, an additional Urgent Care Center was opened in Mid City on North Foster Drive, roughly 1.5 miles from the Baton Rouge General Mid City campus, adding capacity for walk-in patient care.
"Alternatives to the ER for non-emergent healthcare are the right solutions to help address this challenge in communities everywhere. Since opening more than two years ago, the LSU Health Baton Rouge Urgent Care Center has cared for thousands of Baton Rouge residents with and without insurance, and our recent expansion on Foster Drive is gaining patients as well," said Our Lady of the Lake CEO Scott Wester. "These clinics allow us to see patients quickly as well as link individuals to primary care if they do not have those established relationships. We will do everything we can to ensure people have access to the best health care."
The LSU Health Baton Rouge clinics operated by Our Lady of Lake have resulted in shorter wait times and more services available for uninsured residents.

From the Louisiana Democratic Party

Months after Democratic legislators called for Gov. Bobby Jindal to accept Medicaid expansion dollars and protect Louisiana hospitals, Baton Rouge General today announced it will be closing its Mid-City emergency room within 60 days after Jindal failed to deliver on promised funding to keep the facility open.

“It’s probably a good thing that Governor Jindal is never in Louisiana because the hospital located closest to the Governor’s Mansion is shutting down its emergency room,” said Karen Carter Peterson, chair of the Louisiana Democratic Party. “Writing op-eds for Politico won’t solve the crisis facing our hospitals. Repealing the Affordable Care Act won’t provide coverage to hundreds of thousands of working Louisianians who lack health insurance. In state after state, Republican governors are realizing that accepting Medicaid expansion dollars is the right decision for their citizens. Jindal is more interested in pandering to Republican voters in Iowa and New Hampshire, and Louisianians are paying the price. I expect we will see even more hospitals close their doors, unless Republican legislators have the courage to stand up to Jindal and do the right thing for the people of Louisiana.”

In August 2014, the hospital announced that pressure from uninsured patients would force it to close the Mid-City emergency room. The Jindal Administration responded by claiming it found $18 million to keep the ER open, but Democrats noted that Jindal officials refused to reveal where they had found the funds, given the state had finished the year with a deficit.

In contrast to Louisiana, states that have accepted Medicaid expansion dollars have seen hospital revenues grow and charity care decline. According to the Robert Wood Johnson Foundation, Louisiana will lose out on $15.8 billion in federal funding by refusing Medicaid expansion, and Louisiana hospitals will miss out on $8 billion in reimbursements.

Louisiana is ranked 21st best in the financial gap list based upon race.  The worst?  Minnesota  toping the list is Florida.

With February being Black History Month and the wealth gap between white and black Americans reaching its highest level since 1989, the leading personal finance social network WalletHub is raising awareness on the issue by releasing its report on 2015’s States with the Highest & Lowest Financial Gaps by Race/Ethnicity.

To measure the financial inequality among racial groups in the U.S., WalletHub analyzed the 50 states and the District of Columbia across 21 key metrics, ranging from the median household income gap to the unemployment rate gap.

States with the Highest Financial Gaps by Race/Ethnicity

Key Stats
• The highest median household income gap is five times higher in the District of Columbia than in Vermont.

• The highest homeownership rate gap is three times higher in North Dakota than in New Mexico.

• The highest poverty rate gap is six times higher in Connecticut than in Hawaii.

• The highest educational attainment gap among people with at least a bachelor’s degree is five times higher in the District of Columbia than in Vermont.

To read the full report and to see where your state ranks, please visit:

More in this category: « Questions of Term Limits for Louisiana legislators Jindal blasts Obama over Gulf revenue sharing proposal »
back to top