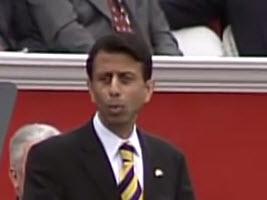 As if Louisiana needs any more financial wallops that could hurt its ability to fund governmental projects or that could hamper its economic growth.  However, in a budgetary move that could hurt oil and gas industry and the State of Louisiana (which fought hard for revenue sharing of energy revenue) the Obama administration is favoring legislation that would drain Louisiana and three other Gulf states for redirect future oil and natural-gas drilling revenues.

The shift would boost "clean energy" industry efforts and hurt the oil and gas industry.

Governor Jindal said, "President Obama and his administration are threatening to turn their backs on Louisiana, the Gulf Coast and thousands of jobs with this unprecedented move. Scrapping offshore revenue would be a huge detriment to state wetlands and our coast — areas that have been continuously ransacked by tropical storms and hurricanes.  Our voters in Louisiana overwhelmingly supported a constitutional amendment to dedicate all future offshore energy revenues to coastal restoration and hurricane protection projects in Louisiana’s master plan because we have seen the immediate effects of these storms. That’s why I made it a top priority to work on coastal protection and these offshore revenues in Congress, and we included it in our energy policy plan for America. Additionally, this move will discourage offshore energy production — making America more dependent on hostile foreign regimes for energy while denying the American people the benefits of energy abundance. Energy production and coastal restoration will continue to be top priorities for us here in Louisiana, and we hope Congress and the Louisiana delegation stand up against this President and his leftist agenda."