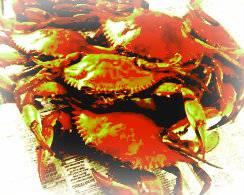 Hurricane Isaac is long gone but not its damage.
Braithwaite in Plaquemines Parish is still in shambles and in part, under water. Insurance claims are abundant. WDSU’s video gives tips how to file insurance claims. Lafourche council has been out of commission since the storm but that appears to be changing. Seafood businesses are in hope that the local crab industry hit hard by Isaac will claw back.

Below are relevant news items:

Nearly two weeks after Hurricane Isaac slammed Southeast Louisiana, many communities around the metro area are dealing with the devastation left behind.
Some areas are still dealing with flood-waters, such as Braithwaite in lower Plaquemines Parish.
Houses remain partially on the highway, after being pushed off of their foundations, others are on the levee and many have broken windows and siding from the storm surge being pushed through the structure.
Standing water can be found in fields.
http://www.wwltv.com/news/local/plaquemines/Devastation-in-Braithwaite-still-severe-two-weeks-after-Isaac-169179236.html

Exhausted and overwhelmed, Plaquemines Parish residents on both sides of the Mississippi River were struggling last week to come to grips with Isaac's aftermath — and the lengthy recovery ahead. Hundreds can't live in their homes. Of those that can, most don't have electricity. Communities are littered with carrion, including the carcasses of as many as 1,000 cattle.
The parish, split into east and west banks by the Mississippi, bore the brunt of the hurricane's fury. The storm surge overwhelmed "back" levees, rushed into communities and quickly filled homes with as much as 17 feet of water.
The force of the water was strong enough to carry cars, cargo containers and boats. It swept into graveyards, taking crypts and coffins. It ripped some homes from their foundations, slamming a few into another levee along the Mississippi.

Lafourche Parish President Charlotte Randolph will give a rundown of how the parish fared during Hurricane Isaac at Tuesday’s Parish Council meeting.
The previously scheduled meeting was cancelled because of Hurricane Isaac nearly two weeks ago.
http://www.houmatoday.com/article/20120910/ARTICLES/120919991
Hurricane Isaac hit Louisiana crab fishers hard and sunken boats, damaged docks and a lack of electricity and ice are some the issues crabbers are facing, announced the Louisiana Seafood Promotion and Marketing Board.

Isaac struck the hardest in Louisiana and Mississippi.

According to an assessment conducted by the promotion board last Friday, crab harvests in Louisiana suffered significant disruption due to Hurricane Isaac. Specifically, the disruption for shrimp and finfish was said to be moderate and oyster production will be limited all this month.

There are no dollar estimates of losses yet, but the assessment determined that state parishes where a federal disaster has been declared include areas where the dockside values of commercial fishing is about 75 per cent of Louisiana’s total of nearly USD 320 million, The Associated Press reports.
http://www.fis.com/fis/worldnews/worldnews.asp?l=e&country=0&special=&monthyear=&day=&id=55248&ndb=1&df=0

More in this category: « Obama, Biden vs. Romney, Ryan: A divided nation debates presidential leadership Prince Harry’s bedmate Carrie Reichert jailed but not in Tower of London »
back to top