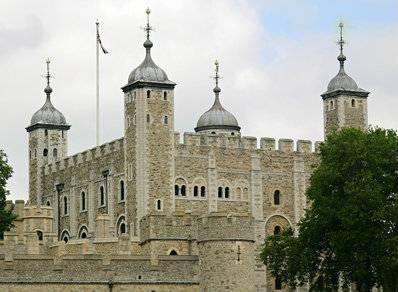 Only yesterday I wrote:"If one wanted to remove a bastard upstart from the line of succession, naked romps in Las Vegas photographed for all the world to see are an excellent start."

But the Palace has not stopped there! No!

If Commoner Californian Carrie Reichert thought that she could strip down to her thong, kiss Prince Harry under the sheets, watch him attempt to have sex with a window and then tell and get paid for it, and then slip seamlessly away to Mexico to lay low, the Palace made sure that she had another thought coming–jail time. Yup. Poor Commoner Carrie was arrested at the airport just two days ago on a warrant from Harrison County, Mississippi alleging that she wrote "bad checks" totaling $21,673.00 about ten years ago. And I read this in the New York Daily News, so it must be true.

She’s in a nice jail in California, but if they could put her in the Tower of London, Buckingham Palace would surely try.

According to the Daily News, "‘[U.S.] Customs matched her up at the airport,’ the source said. ‘She was fixing to go out of the country, but we had them snatch her up. She didn’t get to go on her little weekend adventure.’" The unnamed "source" claimed that U.S. Customs matches everyone up with decades-old warrants since the advent of enhanced security precautions after 9/11. Really? Has Commoner Carrie never taken a plane in the past 10 years?

It’s possible, of course, that this is just our American tax dollars at work. Do you feel safer now that Commoner Carrie is behind bars? Homeland Security must be working overtime. But is it also possible that there is something more sinister behind Commoner Carrie’s arrest?

Allegations of cocaine use at Prince Harry’s naked bash in Las Vegas have not been acknowledged by the Palace, but were not officially denied, either. Of course, cocaine and even heroin use among British and European royals and their entourages is a fairly well-established fact–not least because of the recent curious case of the unexplained death of drug addict and renowned philanthropist Eva Kemeny Rausing, a 48 year-old Jewish-American princess billionairess with four young children living in the poshest part of London (the newspapers say it is "Belgravia," which I guess is something like the well-lit mansioned areas of the Garden District here) who was a "special" friend of Charles, Prince of Wales, Harry’s father. Eva (or what was physically left of her) was found dead and in a remarkable state of decay in her bedroom after her husband, Swedish Tetra Pak billionaire Hans Kristian, was stopped after a mere citizen reported him driving erratically. Police found a glass crack pipe and drugs in Hans’s vehicle and then searched the Rausings’ home (not for the first time, either), where, after forcing their way past an uncooperative Indonesian house maid, they discovered what was left of Eva under several layers of bed sheets and comforters, plastic garbage bags, and numerous waxy air fresheners–several feet in depth, where her corpse had lain, decomposing, for about a month.

Eeew! Yes, this is all true, and all so tragic. Tetra Pak (in case you don’t know, because I had no idea, either) is the company founded by Hans Kristian’s father and uncle that patented and manufactured paper containers like the milk carton, which was invented by Ruben Rausing, their father. Next time you open a Tropicana carton, mentally say "Kaching!" because that is money going straight to the Rausing family’s pockets. Eva, whose own father is a millionaire Pepsi executive, had previously made London headlines for being not only a trustee of Prince Charles’s personal charity The Prince’s Foundation for Building Community, but also for dancing on table tops at society do-s and for having the gumption to renew her U.S. Passport at the American Embassy in London while carrying 10 grams of crack cocaine, 2.5 grams of heroin, and 2.35 grams of diethylpropion (an appetite depressant used to treat obesity) in her very expensive handbag, which was searched as she entered. After finding Eva’s pocketbook stash, police proceeded to her car, where they found 220 milligrams of diazepam (an anti-anxiety drug), and then to her Belgravia mansion, where they located 10 grams of crack cocaine, 5.6 grams of crack cocaine, 2.9 grams of heroin, and 52 grams of cocaine.

Both Eva and Hans Kristian were arrested, investigated, and received a very stern warning from the London courts. Prince Charles, allegedly on a first-name basis with Hans Kristian, called him "one very special philanthropist" for his and his wife’s support of drug addiction charities–a former Princess Diana favorite, and one where Prince Harry was sent to "visit" for the day when he was first caught toking as a teenager. This vociferous wrist-slapping continued with the discovery of Eva’s decomposed body, when the courts sentenced Hans Kristian to having criminally failed to give his wife a decent burial and timely alert the authorities to her unfortunately premature passing.

Apparently, there was not enough of Eva left to determine her cause of death, although at the time, she had recently returned from a United States’ rehab stint to try to rescue her heroin-lapsing husband. Hans Kristian claims to have no memory of what happened. Tests on Eva’s remains reportedly found traces of cocaine, but more news surfaced recently when a Swedish journalist claimed that prior to her mysterious death, Eva had contacted him claiming that her husband had told her that a Swedish businessman had authorized the assassination of the late Swedish Prime Minister Olaf Palme–a claim Hans Kristian is apparently now sobered-up enough to deny. Eva also reportedly claimed to know where the gun used to shoot Palme could be found.

You can now see clearly why, to the Palace, Prince Harry’s Vegas bashes by themselves are no big deal. Nor is the presence or absence of cocaine or more serious drugs any big deal. Such drug use among the high and mighty is so much a no big deal that, gosh, you can even keep it in your purse while you visit your own national embassy. No biggie!

If only they could imprison Commoner Carrie in the Tower! But the tower is now such a lucrative source of tourism revenue, it’s hardly worth the effort to send her across the Pond. Instead, they can hope for a year’s incarceration in Mississippi, or maybe just a darn good scare.