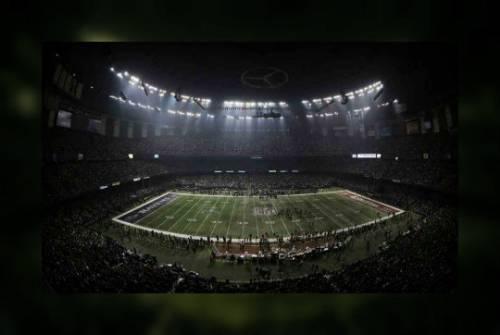 If you haven’t been following the Benson family soap opera that has dominated news across the state, you are missing a billion dollar power play that’s much better than fiction.  New Orleans automobile tycoon and sports icon Tom Benson is in a fight with family heirs over his competency to run two of the nation’s premier sports franchises, the New Orleans football Saints and the basketball NBA Pelicans.  And the family quarrel could put the continuing presence of these sports goldmines at risk of leaving New Orleans.

Benson, an astute businessman, made a fortune in real estate and owning numerous car dealerships.  He swooped in at the last minute to buy both the Saints and the Pelicans at a time when local buyers were nowhere to be found.  Without him, both teams would be long gone from the Crescent City.  But Benson’s a shrewd businessman and he cut a heck of a deal with the state, gaining financial benefits unheard of in any other NFL city.

He had put in place a line of family succession for the teams’ ownership, grooming his granddaughter for years to step in. By all accounts, she was difficult for many in the franchises to deal with, but granddad had her back.  Enter wife number three for the boss.  Current wife Gale Benson had Tom’s ear, and he announced that she would now be the heir apparent to take over management of the Benson sport empire. Then granddaughter Rita and the other heirs cried foul, and the lawsuits have been flying in recent weeks.

Outside of good local gossip, such a family spat would not be cause for taxpayer concern.  But the state has made a huge financial commitment to both teams.  No other state appropriates money directly to a sports franchise. Louisiana has opened the state treasury, and has poured hundreds of millions of dollars into the Benson coffers.

Forbes Magazine recently reported that Saints owner Tom Benson will receive almost $400 million from state subsidies through 2025.  “He negotiated one of the most complex — and lucrative — stadium lease agreements in the NFL, adding to his fortune as his team was bringing in estimated yearly profits of $31 million. Over the 15 year term of the lease, the state will pay Benson at least $198 million in increased revenue from the Superdome, $142 million in rental payments on property Benson owns, $10 million in bonuses for bringing the Super Bowl to New Orleans and $2.6 million in tax breaks.”

Then there is the agreement for the state to lease space in a downtown office building being purchased by the Saints’ owner.  The building is adjacent to the Superdome and the state is leasing more than 320,000 feet at $24 dollars square foot, which is one of the highest rental rates in the city. So Louisiana taxpayers are basically paying the cost of the building the Saints ownership is buying.

“That’s incredible. I‘ve never heard of that one before,” said Robert Baade, an economist at Lake Forest University who studies stadium financing. “That’s just another form of subsidy.”  And this is just the deal for the Saints.  There is an additional list of similar incentives that were given to the basketball Pelicans.

New Orleans is listed as the smallest media market of any NFL team, with a 75-mile radius population of 2,635,000.  Since NFL TV revenues are split equally, other team owners would like to see all teams have a wider viewer market.  And a number of other cities, with a much larger population radius base, are chomping for a team, including Los Angeles (18 million), San Antonio (4 million) and Birmingham (3.5 million).

So if the controversy continues to smolder and stay tied up in court for years as it well could, pressure could come from the NFL for Benson to sell out.  And with local potential buyers few and far between, a move by either team would be a huge financial hit for an already troubled Louisiana state treasury.

Hopefully, the Benson family will sensibly settle their differences.  But their problems are far from just a family affair, as Louisiana has a major financial stake in the ultimate outcome.

The pride and the presence of a professional football team is far more important than 30 libraries.”